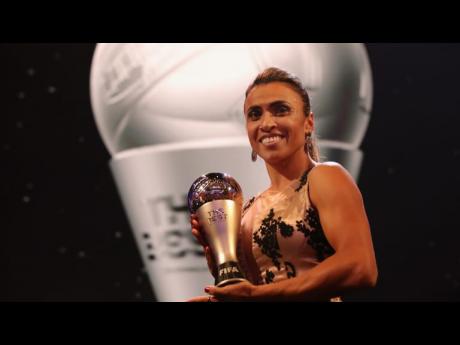 Jamaica's Reggae Girlz received a boost ahead of their FIFA Women's World Cup Group C opener against Brazil on Sunday, after it was announced that reigning FIFA World Best, Marta, would not feature for the South Americans.

Marta has been struggling with an injury to her left thigh since late last month but there were hopes among the Brazilians that one of women's football's biggest names would recover in time to face debutants Jamaica.

However, head coach Vadao announced to the press during Saturday's press conference at the Stade des Alpes, the venue for Sunday's contest, that the 33 year-old striker had not recovered sufficiently to play a role against the Jamaicans.

Vadao noted that Marta will, however, be present on the Brazilian bench to provide morale support to her team-mates.

Jamaica and Brazil are joined in Group C by Australia and Italy.

Marta has scored 133 goals for Brazil in 110 games and helped the country to two Olympic silver medals and a Women's World Cup final. She is also a six time recipient of the World Player of the year award.