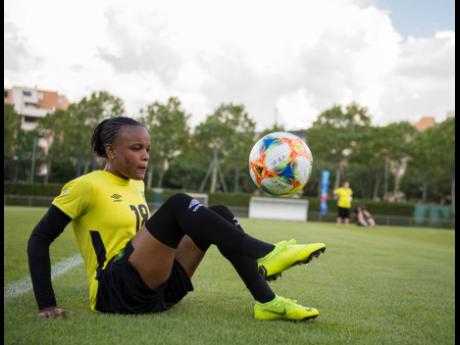 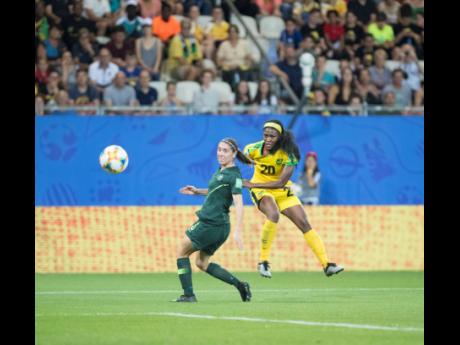 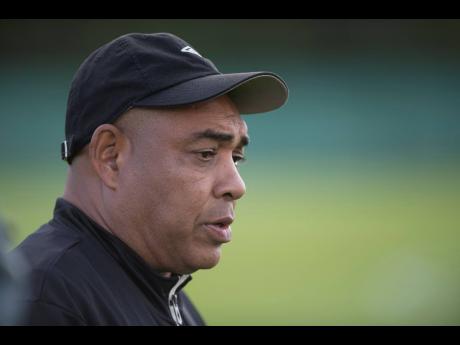 The story of Jamaica’s road to the 2019 FIFA Women’s World Cup (FWWC) qualification is well documented.

Raised from the ashes through the benevolence of Cedella Marley, daughter of reggae icon Bob Marley, the Reggae Girlz booked their spot to football’s showpiece event after finishing third in the Concacaf Women’s Championships last October.

They capped that journey with their first goal at the FWWC on Tuesday after a 4-1 loss to Australia at the Stade des Alpes in their final game of the tournament.

Havana Solaun got the historic goal for the Jamaicans, finishing off a defence-splitting pass from Khadija Shaw in the 49th minute by rounding Australian goalkeeper Lydia Williams during a strong display by the Reggae Girlz.

In the end, the Jamaicans didn’t have enough to stop the Aussies, and their top striker, Sam Kerr, who scored all four goals for the world number 6-ranked Australians, who joined group-topping Italy into the Round of 16 as automatic qualifiers. Brazil, who beat the Italians 1-0 yesterday, also advanced as one of four best third-placed teams.

Menzies is hoping that the Girlz’s appearance in France will open the way for greater support and investment in the women’s game in Jamaica and the region.

Beyond the sport itself, he is hoping that the team’s achievement will serve as a platform for greater female empowerment and opportunities for young females.

“We can’t get to a higher platform. We just hope that the federation, the whole Jamaica, comes on board and stays on board. The Federation has made some commitments to the team already. Some of these girls have signed contracts to receive salaries, and that’s a milestone in our region.” Menzies said.

“We take these steps because I think for football in Jamaica (to grow) right now, corporate Jamaica and the Federation have to come together to try and create an environment as far as from the grassroots and up and that’s what we are going to go back and work on,” Menzies added.

A key factor in the direction of the sport in Jamaica will be the future of the local club league in Jamaica, which for the past two seasons have been cut short because of a lack of sponsorship.

The Jamaica Football Federation president, Michael Ricketts, has said publicly that the league will be staged this year, but there are no guarantees at this point.

Menzies believes that Jamaica competing on the biggest stage in women’s football will have a big impact on the sport at all levels.

“We want to change the mindset around women playing football in Jamaica. That is something that was more so brought up by Cedella Marley, bringing opportunities to women. We are using the game to bring the platform and hopefully our country will reciprocate,” Menzies pointed out.

He also believed the Reggae Girlz have a big role to play in motivating at risk youth in the island. This is a view shared by Italian-based striker Trudi Carter, who grew up in the crime plagued St Andrew community of Arnett Gardens.

“It’s amazing that we were able to accomplish this. Me realising my dream of playing at the World Cup and playing professionally is a sign to every young girl that they can achieve their dreams, no matter where they are from,” Carter told The Gleaner.

Menzies added: “injecting some of these kids back into their communities to get them talking about their experiences will be important. Obviously corporate Jamaica coming on board, sponsoring some of these players to be a part of their marketing efforts in the country and putting their faces out there on TV and billboards, that’s going to start the evolution to bring more opportunities to football and women.”

Cheyna Matthews spoke to the impact that the Girlz are having on youngsters all across the island.

“The response that we have had from even young girls in Jamaica...” she reflected. “I remember some of the games we played a couple months ago when we had the World Cup trophy coming around, and seeing some of those young girls coming to ask for pictures and saying how excited they were for us, it does mean a lot. It definitely is a sense of responsibility that we owe it to Jamaica, to young girls, to women to anybody who is inspiring to do something this big or bigger,”

Jamaica’s Reggae Girlz will now turn their attention to the Pan American Games, which get started in Lima, Peru from July 26 to August 11.