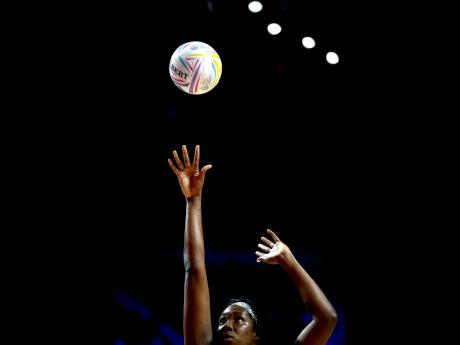 Fowler, who celebrated her birthday last Sunday as the Sunshine Girls battled for a disappointing fifth-place finish, is well aware that with the next tournament four years away, she is unlikely to add an NWC medal to her list of accolades.

The Sunshine Girls, ranked number two in the world, started the competition, which was held at the M&S Bank Arena in Liverpool, England, as one of the favourites. They, however, finished a disappointing fifth after failing to secure a spot in the semi-finals of the competition.

With group-stage losses to South Africa and rivals England, it was the first time that the Jamaicans were missing out on a spot in the last four since 1995.

Fowler, who is rated as the best goal shooter in the world, has enjoyed a glittering club career in both New Zealand and Australia. However, she has failed to lead the country to medal at the NWC in three appearances so far and could very well retire from international netball before the next NWC in 2023.

“I am most definitely very disappointed because I am a big woman now, and so I don’t know if I have another World Cup in me,” Fowler reasoned. “Hopefully, if I do, I will be able to walk away with a medal then.”

Fowler, who celebrated her birthday on the same day that the Sunshine Girls defeated Malawi 68-50 to secure the fifth spot on the tournament, had to watch as New Zealand dethroned former world champions Australia to win the gold medal and hosts England got the better of South Africa to secure the bronze medal.

“It was not the birthday present I was expecting because I wanted to be on the podium for my birthday, but unfortunately, we had to finish fifth,” said Fowler.

“I wanted to play in the final and walk off with a medal, but unfortunately, it was not the case, and so we still have to walk away with fifth and hold our heads up high,” Fowler stated.

Fowler’s international career is not without success, however, as she played major roles in helping the Sunshine Girls to back-to-back bronze medals at the Commonwealth Games in 2014 and 2018.