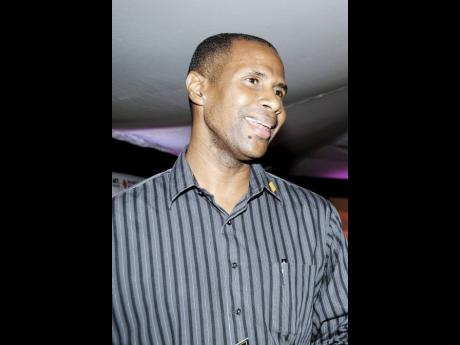 First Vice-president of the Jamaica Olympic Association Nelson ‘Chris’ Stokes was on the phone to Minister of Sport Olivia Grange requesting tickets to the Independence Grand Gala. She ended the conversation with some unexpected news for the four-time Olympian.

“Oh, by the way, you’re getting a national award.”

The Jamaica Bobsleigh and Skeleton Federation chairman didn’t believe it until the messages and phone calls came in and the announcement was visible in the news, but there it was. A member of the Jamaican bobsled team that made history at the 1988 Calgary Winter Olympics, Stokes will be the recipient of Jamaica’s sixth-highest honour.

Stokes is among various ­sporting figures who will receive the Order of Distinction Officer Class for contributions to the development of sport in Jamaica as part of the 143 persons who have been designated for national honours in October.

Bruce James, President of MVP Track Club and long-time track and field analyst, is being awarded for his sterling contribution to ­athletics, and Llockett McGregor, for his contribution to the ­development of tennis in Jamaica.

For Stokes, he is humbled and appreciative of the honour.

“I feel deeply a sense of honour and humility for being chosen. The country is full of outstanding persons who, on a volunteer basis, help to build up our sport in Jamaica, (and) I’m proud to be among those,” he said speaking from the Pan American Games in Peru.

James got no forewarning or hints of the honour that would be bestowed on him but is humbled at being recognised for “doing something that you love”.

Other honourees include long-time horse racing commentator Brian ‘Spuddy’ Rickman and Hugh Perry, who is being honoured for contributions to cricket and football. Additionally, Christopher Dehring will receive the Order of Distinction Commander Class. Dehring is one of the instrumental figures behind the successful West Indian bid to host the 2007 Cricket World Cup.

Margaret Beckford, who was the first president of Netball Jamaica, will also be recognised with the same honour.