Six J’cans in Windies camp ahead of Proteas visit 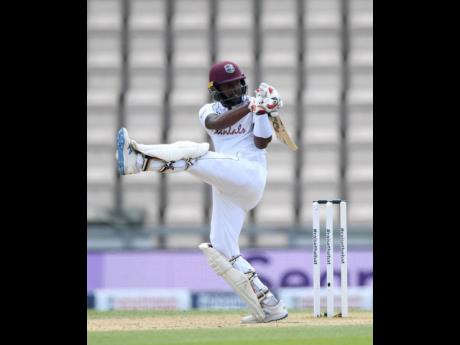 Middle-order batsman Paul Palmer Jr and fast bowler Marquino Mindley are among six Jamaicans who have been invited as part of a 30-man high-performance red-ball training camp in St Lucia starting today.

This is in preparation for the upcoming Test series against South Africa next month.

Following a month-long break after the conclusion of the Sri Lanka series, the camp will be utilised to sharpen the skills of the current squad as well as to develop some of the emerging talents.

The camp will feature two ‘Best-of-the-Best’ squad practice matches and head coach Phil Simmons is eager to get started, with a long summer ahead.

“This camp is very important for our preparation for the upcoming Test series against South Africa and the rest of our busy and exciting summer,” Simmons said. “We will continue the work which we began last year in England, to further develop our Test team into a force to be reckoned with in world cricket.”

Cricket West Indies (CWI) Director of Cricket Jimmy Adams said it was necessary to bring together a larger group of players, as the entity continues its investment in and focus on building what it considers a high-performance environment.

“The pandemic has made it necessary to assemble larger squads during the pre-tour phase to allow our preparation to be facilitated within one biosecure bubble,” Adams said. “This has turned into a positive for us by creating a much-needed level of focus and intensity leading into tours while also allowing for players to make a case for selection if they perform well in the warm-up games. Given the lack of regional four-day cricket so far this year, these camps have taken on even greater importance in our Test match preparations.”

Jamaica Scorpions head coach Andre Coley will also be a part of the training camp, as he will be assisting coach Simmons in the batting department.