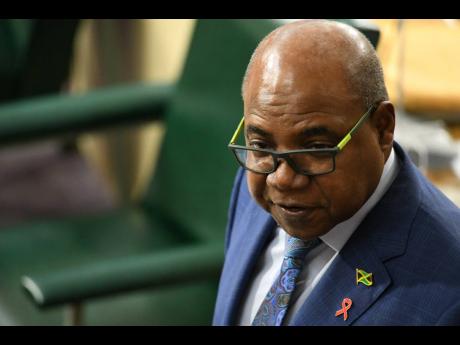 Bartlett was speaking at the official opening of the Negril Mini Stadium in White Hall, built at a cost of $83 million.

The facility, which consists of a football field and a multipurpose court, and covered stands, was executed by the Tourism Product Development Company (TPDCo) with funding from the Tourism Enhancement Fund (TEF).

“An unfortunate reality that I hate to admit is that so much of our money has been spent building facilities across Jamaica that are underutilised and in the end mistreated and vandalised,” Bartlett said. “Millions of dollars have been spent. Maybe what we need to do is look at where we have spent these monies and what is happening in these areas. I believe that more time must now be spent on building programmes in these centres and finding resources to support these programmes, rather than building new facilities across the island.”

The Trelawny Stadium opened in 2007, at a cost of at least US$30 million to the Government,t is one of the more noticeably underused stadia in Jamaica, because of a lack of activity and its failure to generate cash.

Bartlett said that if the new venue in Negril is managed well, it will facilitate athletic, community, and social development.

“This is a facility we wanted, not of tourism, and it being a driver of economic activities to show that tourism is also a facilitator of community development,” he said. “This facility goes beyond just infrastructure, but one which will enable the building of talents and athletic prowess. It is facilities such as this that create the platform and provide opportunities.

“I know the entire Negril community will not only be proud of it, but will care for it by putting programmes and activities that will enhance the physical and social development of the community. I know it will also help to reduce tension and crime and violence overall.”

Bartlett also admitted to feeling a sense of pride to see Jamaica’s performance at the Olympic Games now on in Tokyo, Japan.