More than just a final for Ludlow 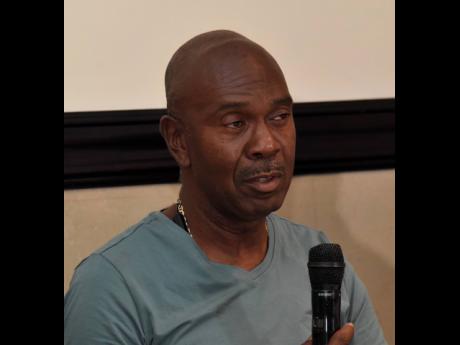 SHOULD HARBOUR View head coach take the club back to the summit of Jamaican football, it would not only be a personal triumph, according to him, but a dedication to the Harbour View community and the memory of one of the club’s stalwarts.

Harbour View will battle Dunbeholden in the 2022 Jamaica Premier League final at Sabina Park this evening at 6:00, hoping to end a nine-year wait for a fifth title.

The first seven months of 2022 have been successful so far for Bernard on the sidelines, having guided Kingston College (KC) to a Manning Cup and Olivier Shield double at the schoolboy level.

But Ludlow would shock the country when he called time on his KC journey after such a successful season.

The coach, who has spent almost his entire career at Harbour View in one role or another, said his decision to walk away from KC and what could have been the creation of a dynasty had to do with his desire to resurrect the fortunes of the ‘Stars of the East’.

“It has been a lot of work and it gives some credence and justification as to the reasons why I left KC. I wanted to dedicate some time to the development of the Harbour View football programme, in particular the senior team which has been underperforming over the last few years,” Bernard told The Sunday Gleaner.

“Now we are seeing the end product, now we are seeing it come together. It is indeed a good gratification and it convinces me that nothing beats hard work and commitment to a cause. Now we are at this particular crossroad, we are on a journey to take us to a different level.”

It is a level that Harbour View have not reached since 2013, the last time they won the title. But getting back to that standard of excellence is only half the satisfaction for Bernard. He hopes that the success will honour the legacy of the late Luton Shelton, club and national team stalwart who died a year ago from Lou Gehrig’s disease, as well as the community that Shelton represented.

“This would be a dedication towards the life of Luton Shelton, who contributed in a very significant way to the development of the football club. Another dedication would be to the citizens of Harbour View, who sometimes would not have been in the news for good reasons. So this would be a breath of fresh air and would probably allow them to walk with pride,” Bernard said.

Shelton was awarded posthumously the Keys to the City of Kingston on June 6.

A fifth title would also carve another piece of history for the club. No team since Arnett Gardens in 2017 has won the title as the sixth seed. With the pieces coming together at the right time, Bernard says he fancies his chances against a determined Dunbeholden team.

“We probably got it right late but the timing seems to be perfect. I think we deserve to be there. We defeated two of the more formidable teams in Jamaican football and that was no easy task. Now we are up against a team (Dunhebolden) that although young, possesses a lot of quality players and a good coach. It is really going to be a good battle between us both,” Bernard said.