From the streets to the stage

Bodybuilder overcomes tremendous challenges on the road to success 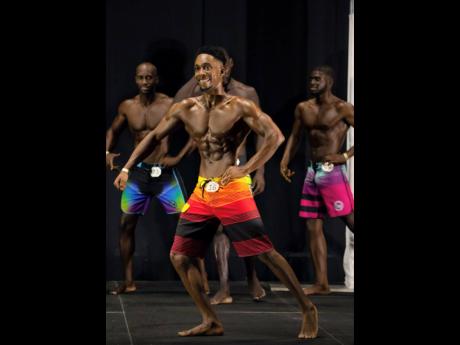 Contributed
Below: Bodybuilder Jevaughn Rosewell participating in the Jamaica Amateur Bodybuilding and Fitness Association (JABBFA) Competition in 2021, where he won first place. 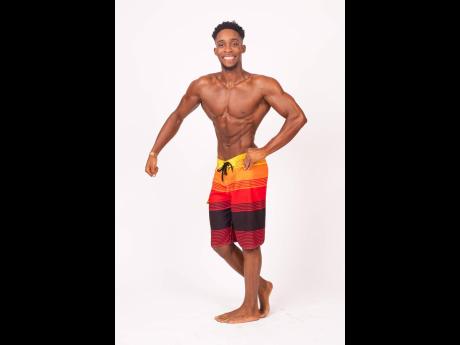 Contributed
Bodybuilder Jevaughn Rosewell shows off his muscular frame which has helped him to win body building competitions both locally and abroad since 2020.
1
2

WESTERN BUREAU: UNCONDITIONAL LOVE for his mother, who struggled to make ends meet with him and his siblings, c 23-year-old Jevaughn Rosewell to voluntarily leave a secure roof over his head in favour of living on the streets to take the...

UNCONDITIONAL LOVE for his mother, who struggled to make ends meet with him and his siblings, prompted 23-year-old Jevaughn Rosewell to voluntarily leave a secure roof over his head in favour of living on the streets to take the pressure off his family.

Rosewell, the eldest of four children from Hampton in John's Hall in St James, opened up about his well-kept secret of being homeless and how he overcame it to become a champion bodybuilder.

Sitting comfortably in his working space, the bodybuilder and fitness trainer took the Sunday Gleaner team on a trip down memory lane, rehashing the challenging times he faced trying to survive on the streets.

“Without having anywhere to go, at age 18 I left my mom's house so that I could make it a bit easier for my brothers and for her to provide for them. Mainly, I did it because I didn't like the way things were going and I hated seeing my mom in a certain situation. She never said it, but the way she projects certain things, I could tell it was stressing her and she doesn't want to seem weak around us,” Rosewell explained.

Sometimes the challenges he faced on the street made him want to return home but the stressful look on his mother's face was a constant reminder he could never do that.

“Three months while working as a chef at Sandals Montego Bay, I camped out at City Centre night after night. What kept me going was the fact that my mom grew me strong. I ensured before the places were closed, to eat during the nights and come to the gym in the morning and shower after a workout and go to work. It was a rinse and repeat cycle over and over until I was able to save up enough money and rent somewhere, so I could get off the streets,” he said.

Looking back at that and where I am now, it really moved me that I was able to do what I did. Moving forward, I would love to achieve more so I can help my family,” he added.

After two years, he left being a chef at Sandals and became a bodybuilder while working as a fitness trainer at the gym.

It led to him building a business for himself while doing something that he loves.

It all started when he met the man who is now his coach, Daniel Haughton, at the gym, who suggested he should try bodybuilding.

He liked the way he looked and the idea of getting better each time he entered a competition sparked his love for the profession.

Today, being among the best bodybuilders in his field consumes him.

Earlier this year, in Barbados, he represented Jamaica at the Central American and Caribbean Championships (CAC), winning gold medals for categories in men's physique.

“It was a great feeling and I felt like I had achieved something else and really made my mom and country proud,” he gladly expressed.

He has also entered the RJR Cross Country Bodybuilding Competition for the last two years, as well as winning a first-place trophy at the Jamaica Amateur Bodybuilding and Fitness Association (JABBFA) Competition.

However, the road to success that began with challenges still has produced many bumps.

“I realise if it is not a certain sport and because bodybuilding is not as big in Jamaica, most people wouldn't show interest and invest in sponsoring an athlete to go overseas,” Rosewell told The Sunday Gleaner.

“I had 12 clients from being a fitness trainer and that was the money I saved to assist me in the CAC. JABBFA helped with accommodation and food during my time in Barbados,” he added.

In 2023, there will be another competition in Aruba he would love to enter and hopes maybe by then he will secure sponsors.

Despite the challenges with getting sponsorship, Rosewell very much plans to continue perfecting his craft, his mother providing the motivation to push his body to the limit every day.

The two are extremely close and speak quite frequently.

As for giving some words of encouragement to people who feel like giving up, “Don't listen to the naysayers; focus deeply on what you want and know why you are doing it. If you give up you will never know what it feels like to have success in doing something that you love. Hard work beats talent every time,” he confidently said.

If you want to help Jevaughn Rosewell in securing sponsorship, you can contact him at 876-532-5380.