Holder says pacers must be patient 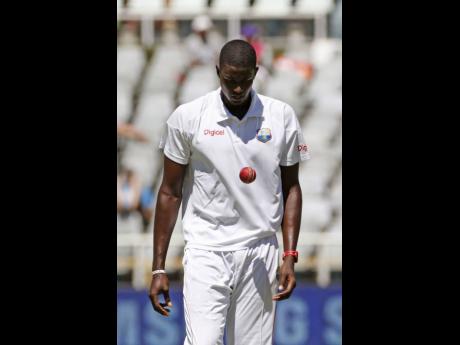 As West Indies go up against an experienced Australia side in the first Test that forms part of a two-match ICC World Test Championship series, all-rounder Jason Holder says bowlers will have to be patient and make the hosts work for their runs.

The Caribbean men have not have beaten Australia in a Test match at home since 1997 but Holder said yesterday that the pace attack in what could be bowler-friendly conditions at Perth Stadium could be a key factor in changing that.

“People get carried away seeing carry and bounce, but you still have got to find a really good length suitable for the wicket, understanding when to attack, when to defend, and just understanding the context of scenarios and the phase of the game,” said the right-arm fast bowler who is part of the West Indies pace attack that also includes Kemar Roach – the only member of the current touring party to have played in the last Test here in December 2009 – Alzarri Joseph, Jayden Seales and Raymon Reifer.

“I think the most important thing for our bowlers is to make sure the Australian batters work really hard for their runs. We’ve just got to assess the conditions early and make the necessary adjustments.”

“He’s got pace and he’s very aggressive,” he said of the 26-year-old whom he also described as “fit and healthy”.

Holder is also banking on Seales who is yet to play a Test outside the region.

“I think Jayden has a lot of skill…. He has swing and control. I think that’s his two greatest attributes. Maybe there won’t be much swing in these conditions but he’s good enough to extract some seam movement,” he said.

The Kraigg Brathwaite-led side arrived in Perth on Sunday to warmer conditions than in Canberra where they had two weeks of preparation that included two warm-up matches against the ACT/NSW XI and the Australia Prime Minister’s XI.

Speaking ahead of their arrival in Perth, Simmons said the time in Canberra was exactly what the team was looking for.

“We got what we needed from the matches there. In the first match at Phillip Oval, the bowlers all had a decent workout, and in the first-class match with the pink ball, the match went down to the last over and the batsman all had a good time in the middle,” he said.