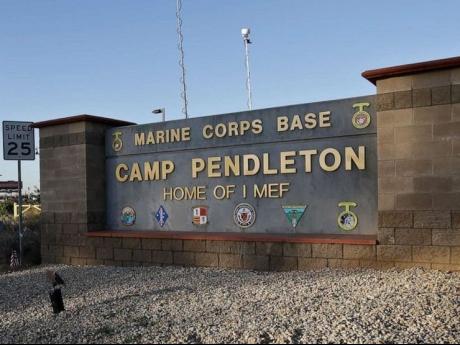 SAN DIEGO (AP) — A human smuggling investigation by the military led to the arrest of 16 Marines Thursday while carrying out a battalion formation at California’s Camp Pendleton, a base about an hour’s drive from the U.S.-Mexico border.

None of the Marines were involved in helping to enforce border security, the Marine Corps said in a news release.

The arrests come only weeks after two Marines were arrested near the border by a Border Patrol agent.

The two Marines were accused of smuggling three Mexicans into the United States.

The Marine Corps said information gained from those arrests led to Thursday’s arrests.

Officials say the Marines are charged with various crimes ranging from human smuggling to drug-related offenses.

Another eight are being questioned about their alleged involvement in drug offenses as part of a separate investigation.

Camp Pendleton, the Marine Corps’ largest base on the West Coast, is about 55 miles from the U.S.-Mexico border.

Marines this year were brought in to help support the Department of Homeland Security in reinforcing the border by installing razor wire on top of existing barriers.

Military troops are barred from making arrests of immigrants.