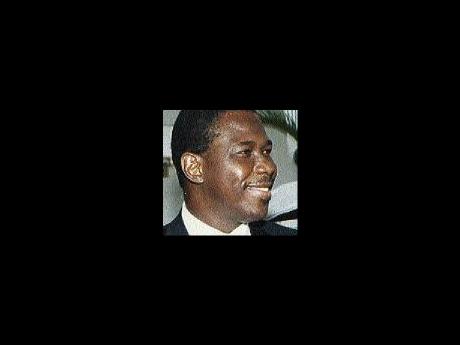 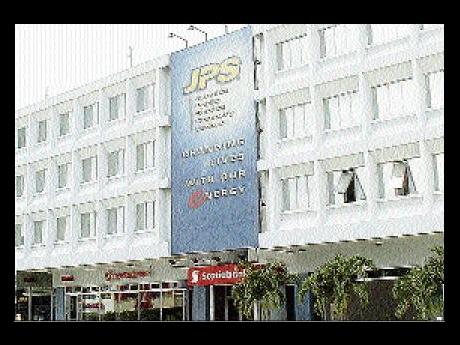 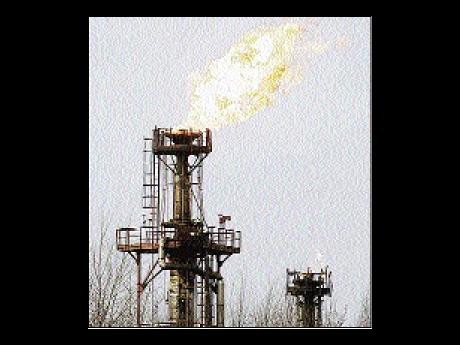 Halfway into its term in office the Jamaica Labour Party (JLP) administration has finally taken the first tentative steps towards honouring the central promise of its campaign: changing economic course. With a $42 billion reduction in annual payments on its local debt, it has begun to remove a significant part of the burden Government has placed on the back of the Jamaican economy.

This is the first benefit to be derived from the new relationship with the International Monetary Fund (IMF). The fund seems to have brought the Government around to understanding that it has been a heavy burden on the economy and that this burden must be lifted if productivity and competitiveness are to be achieved.

According to last year's Productivity Report from the Jamaica Productivity Centre, the productivity of the average Jamaican worker has been declining over the last 30 years by an average of 1.3 per cent per year, and by almost two per cent in recent years. This has been happening while around the world, labour productivity has been growing at unprecedented rates.

Jamaica consumes far more energy per unit of GDP than most non-oil-producing countries in the world - double the world and Latin American averages, and up to four times as much as some of our regional competitors. - File

Ultimately, a country's labour productivity is represented by the units of GDP produced by each unit of labour. In Jamaica, the practice has been to attribute our low productivity levels to a presumed inefficiency of our workers and low technology used by our firms. But to continue to do this is to misplace responsibility for the low productivity levels and completely misunderstand the problems of our economy.

While it is true that our production suffers from these deficiencies, the decline in our productivity is much more the result of the mismanagement of our economic affairs by government. The squandering of hundreds of billions of dollars of capital on nationally owned commercial assets like Air Jamaica, the Sugar Company of Jamaica, Clarendon Alumina Production and ENROC; the over 15 per cent of our GDP consumed by the servicing of the Government's debt and the oversized bureaucracy which costs vastly more than the value it produces, have been diminishing our GDP and consequently devaluing the productivity of labour.

But it is the Jamaican worker and productive enterprises which have taken the brunt of the criticism for our uncompetitiveness and have been much maligned for low productivity. As our manufacturing sector floundered in the 1990s, many highly placed Jamaicans were prepared to write it off as inefficient and incapable of competing with the workers and manufacturers in other countries, as if Jamaicans were genetically defective. But as can be seen, our real defect has been incompetent government.

In addition to the heavy cost of its operating inefficiencies, Government has also been responsible for the heaviest burden on the productivity of labour: the wasteful and inefficient management of energy.

Government's policies have led Jamaicans to consume energy like an alcoholic imbibes liquor. We consume it without control, without commensurate benefit, and without regard for cost.

Government created a motor vehicle policy which floods our inadequate road network with gas-guzzling vehicles, wasting energy and valuable man hours in continuous traffic jams. It has continued to maintain an electricity-generation system based solely on oil, the most expensive major energy source for generating power.

Jamaica consumes far more energy per unit of GDP than most non-oil-producing countries in the world - double the world and Latin American averages, and up to four times as much as some of our regional competitors. In these circumstances, no matter how hard our people work they will not be able to overcome the burdens placed on their productivity. Productive Jamaican businesses will not be able to compete and will continue to lose export and local sales to foreign companies. Our economy will remain feeble and incapable of creating jobs for our growing population or even of preserving the jobs that now exist.

Energy is fundamental to economic vitality in the modern world. It literally and figuratively drives industry. And if Jamaica is to succeed, it must master its efficient generation, distribution and use. The country has no viable energy source of its own, but neither does Japan or Singapore - countries that are highly productive and comfortably wealthy. However, unlike Jamaica, these countries' governments have managed the critical resource of energy with the prudence and intelligence that allowed them to achieve high levels of productivity.

Since the oil crisis of the 1970s, Jamaica has failed to do what economically successful countries have done: pursue energy policies that reflect the changed realities of world energy supply and pricing. Where electricity is concerned, all that has happened is that the Government sold 80 per cent of the Jamaica Public Service Company (JPS) for US$200 million after having earlier assumed US$200 million of the company's debt, ostensibly to mitigate imminent electricity rate increases. But there was clearly no requirement for the purchaser (The Mirant Corporation) to reorganise the operations of the company to achieve the kinds of efficiencies that would bring rates to competitive levels. As a result, since the sale, electricity rates have continued their upward march and are now approaching US$0.30 cents per kWh, several times the rates of our trading partners.

We have never treated energy as a major economic management priority. But its wasteful handling must be brought to an end if Jamaica is to achieve competitiveness and return to a course of development and growth. The Government is now looking at a new energy policy, and my hope is that its final form will bring all aspects of Jamaica's energy management to a level that gives the country the greatest economic value from its use. In addition to transforming our electricity generation system, there must be a transportation policy incorporating a motor vehicle import policy aimed at discouraging the present wasteful use of oil.

The strategy to transform our electricity generation system must take into account the fact that given our current economic uncompetitiveness, we cannot afford the commendable but currently unaffordable ideals of renewable energy as our major electricity source. We are in no position to have our economic horse starve while the grass of renewable energy grows. We must focus our attention on creating an electricity generation system that uses the most efficient energy sources currently available. This will inevitably lead us to natural gas and clean coal as our energy sources.

My view is that, as is the case with most successful countries, we should not rely on only one source for our electricity and should instead use the two most economical sources available to us: natural gas and coal. The cheaper of the two should be used for our base electricity load and the other used to cover the peak load and the safety margin.

Normally, coal would be the cheaper of the two, but in our case, because of the National Treatment Clause of the Revised CARICOM Treaty, Trinidadian natural gas transported as LNG or CNG might be the best choice for our base load. All our diplomatic and commercial leverage must be used to press Trinidad to provide this gas at its domestic price.

But we have no time to lose. We are so far behind in the economic race, that in order to catch up and establish a competitive relationship with our trading partners, not only must we immediately begin the process of converting our electricity generation to more efficient energy sources, we must also get the benefit of the lower costs at the front end of the conversion project. I am reliably advised that there are financing models available which could allow for the benefits of such a project to be front-ended.

Assuming low-cost bilateral and multilateral financing, and a three- to five-year implementation period, the transformation of our electricity generation and distribution system has the potential to dramatically reduce our electricity costs from the outset. Given the new relationship which will be established with the multilateral and bilateral lending agencies, as a result of the impending IMF agreement and the familiarity of our JPS partner, Marubeni, with international financing, this should be an achievable goal.

All economic indicators now suggest that the world has already begun to free itself from the global recession, and the expectation is that the recovery will be fully entrenched by the end of this year. However, Jamaica's recovery will not begin until we face up to the truth about our economic situation, identify the real problems and attack them specifically, forcefully and creatively. The principal of these truths is that the world economic recession is not the main cause of our present economic crisis and that the fundamental cause is the dysfunctional macroeconomic construct under which we have been operating over many years. While the world economic crisis was caused by a malfunction of the world financial system, Jamaica's crisis is the result of deep structural economic dysfunction.

To restructure our economy for growth and development, removing the burdensome cost of Government must be accorded the highest priority. The IMF has offered the Government the opportunity to do this. A start has been made with the reduction of interest rates on local Government bonds. But reducing the Government's presence in the domestic credit market so that domestic capital can be released to serve the needs of local production is an even more important objective to achieve.

The prime minister has indicated his intention to shed state assets not essential to the core business of government and to cut government's size and cost. The IMF's presence is likely to ensure that this will be done. But only the Government can remove the burden of uncompetitive energy from our backs and allow our country to be productive and competitive once again.

Claude Clarke is a former trade minister and manu-facturer. Feedback may be sent to columns@gleanerjm.com .