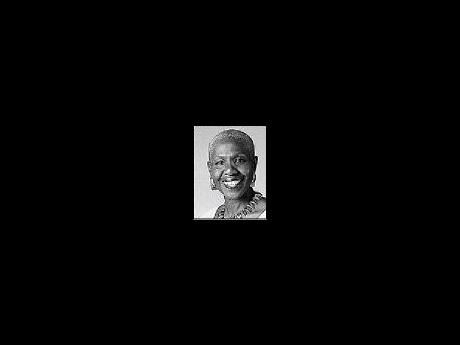 No better pork; no better barrel. The People's National Party (PNP) politicians approved the watershed Long Mountain Country Club. Jamaica Labour Party (JLP) politicians are set to approve the development of 20 acres of government lands for housing - right across from the Mona Reservoir. When you read the environmental impact assessment for these projects and see all the risks clearly outlined, you have to wonder if politicians are not selling out their constituencies for frequent dips in the pork barrel.

Wikipedia gives a familiar account of pork-barrel politics in the US, noting the speculation that "the phrase originated in a pre-Civil War practice of giving slaves a barrel of salt pork as a reward and requiring them to compete among themselves to get their share of the handout". Our own politicians appear to be enslaved in pork-barrel hustling. If so, we are well 'salt'.

Residents of Karachi Avenue, Pines of Karachi and Beverly Hills are suffering the long-term consequences of betrayal by self-serving politicians who simply don't stand up for principle. Both public- and private-sector developers have been allowed to exploit ruthlessly these vulnerable communities.

A Gleaner article published on Thursday, December 15, 2005 carried the inflammatory headline, 'Long Mountain and Pines of Karachi feud heats up'. The article reports that Karachi residents "claim that people from the neighbouring Long Mountain community have been creating unnecessary traffic on their roads and dumping garbage in open lots. They also complain that sewage is being directed through Karachi Pines and overflowing in their homes".

But the Pines of Karachi development was itself the cause of much grief for residents of Karachi Avenue. Their enclosed community was fractured by the conversion of the dead-end road into a thoroughfare. Residents valiantly fought a losing battle to protect their right to peace and quiet. Some just gave up and moved out.

The price of each new wave of backlash development seems to be the degradation of existing communities. How is this recurring problem to be solved? Not by pork-barrel politics. Government agencies must act on the recommendations of objective environmental impact assessments that predict the damaging consequences of unscrupulous 'development'. These agencies must also insist that approved developments fulfil all the terms of their contracts.

At a recent meeting with the Kingston and St Andrew Corporation (KSAC), representatives of the Beverly Hills Citizens Association were casually told that Selective Homes Developments Limited, which constructed the Long Mountain Country Club, "ran out of money" and so was not able to build the second access road that was supposed to connect the development with Mountain View Avenue. How can this be so? At the rate Selective Homes was going, the Long Mountain Country Club almost became the Wareika Hills Country Club. I suspect that profits far exceeded expectations.

As a result of the failure of the KSAC to take legal action to ensure that Selective Homes construct two access roads in accordance with approved plans, the Beverly Hills community has been forced to accommodate most of the traffic coming out of the Long Mountain Country Club.

For more than half a century, Montclair Drive was a dead-end road. The developers of the Long Mountain Country Club sought and received approval to open up the road temporarily to facilitate construction which has long been completed. But the road is still wide open, despite an undertaking signed on June 4, 2001 by Robert Cartade, managing director of Selective Homes, to "block any access from the top of Montclair Drive [once the access road is functional and] to construct a cut-stone wall at the top of Montclair Drive."

A recent survey of traffic flows revealed that between 7:30 and 9:30 a.m., more than 75 per cent of the vehicles exiting the nearly 600-home development turn directly into Beverly Hills on Montclair Drive. They do not take the roundabout route down the Long Mountain main road, into Karachi Avenue, on to Munroe Road and then down Old Hope Road.

The Long Mountain Country Club is a gated community. But its construction has resulted in the overnight transformation of Beverly Hills from a naturally 'gated' community into an open access thoroughfare. How can this be fair? And the same Country Club residents who routinely drive through Beverly Hills selfishly refuse to allow their neighbours to even take a morning walk in their closed community. 'Jackass seh di world no level.'

Residents of Beverly Hills have had to put up with increased flooding and sewage overflows from the Country Club, as predicted in the 2001 environmental impact assessment. Furthermore, the narrow, winding roads of Beverly Hills are not designed for high-volume traffic, especially wide-bodied SUVs tearing down the hill. There are no sidewalks. So both pedestrians and motorists are at risk.

A few months ago, I was forced to ditch my car, damaging two doors, in order to avoid collision with a reckless driver coming full speed ahead around a corner on my side of the road. The accident happened so fast, I couldn't tell you the colour or make of the oncoming vehicle, or the sex of the driver - who didn't even brake.

The opening up of Beverly Hills has also resulted in increased crime. A houseguest of mine from Guadeloupe was attacked in the middle of the day on Beverly Drive. She put up quite a fight and firmly held on to her bag. Her screams attracted the attention of nearby construction workers but by the time they came to help, her assailant had escaped in a waiting car.

The long-suffering Beverly Hills Citizens Association is finally ready to take decisive legal action to restore the integrity of our community. Having trusted the empty words of politicians and developers, we are now taking the wise counsel of the proverbial jackass.