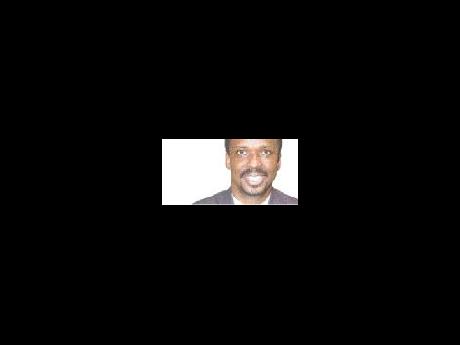 The day Professor Ralston 'Rex' Nettleford, OM, died was the same day I received an advance copy of my book, The Cross and the Machete: Native Baptists of Jamaica-Identity, Ministry and Legacy, in which Rex Nettleford, vice-chancellor Emeritus of the University of the West Indies (UWI), wrote the foreword. He never lived to see the finished product produced by Ian Randle Publishers, which included perhaps his last published thoughts.

When Rex Nettleford wrote the foreword he was recovering from an eye surgery but that did not diminish his insight. So profound were the observations of the foreword and the implications of the book for today that I told him that I wished I had his skill because some of the things he said I should have said it in my conclusion. In his wide vision, he placed the book as an important contribution to the Americas. No wonder the present vice-chancellor, Professor Nigel Harris, himself no slouch, said Nettleford was the finest mind to emanate from UWI in an interview on TVJ.

And under the difficult circumstances of eye impairment, his foreword demonstrated that he read the 300-page manuscript and understood what I was trying to say and in two pages he grasped in summary form what I was trying to achieve through the book. I also mentioned to him that people would read his foreword and not bother to read the book. He gave his typical laugh. He was a man of generous spirit.

In fact, one of the reasons I asked him to write the foreword was because he offered to read my PhD thesis that I was doing for Warwick University, England, titled 'The Origin and Development of the Native Baptists of Jamaica and the influence of their Biblical Hermeneutic on the 1865 Native Baptist War'. He read it and gave it the thumbs up. I felt good. I knew I was on the right track once this cultural historian gave the approval.

Professor Rex Nettleford was also understanding of religion and religious heritage. One of the last conversations I had with him was after his mother's death and before her burial. I telephoned him to express condolences, not realising that he was overseas, but he engaged in a long telephone conversation as if he was in Jamaica. He reminded me about his mother's Baptist heritage and was proud of that influence on his life. It is well known that he was brought up as an Anglican and that he had an appreciation for folk religion but there was no question that he cherished the Baptist connection.

'Prof' was also a hospitable man, whether you visited him at his home or office. I recall once he opened his home to host a one-day retreat of the Institute of Jamaica, of which he was a fellow. He was a gracious host. And even if you dropped by his office unannounced he was willing to see you, although he had a million and one things doing and to do.

Prof was a reservoir of knowledge. He knew the history of Jamaica very well and the major players in Independent Jamaica, of which he was one.

Unfortunately for me, Rex Nettleford will not be at the launch of the book slated for next month. However, his ideas live on, his memories will be cherished and we, the heirs and successors, must continue the struggle to appreciate our Jamaican identity.

Devon Dick is a pastor of the Boulevard Baptist Church and author of 'Rebellion to Riot: the Church in Nation Building'. Feedback may be sent to columns@gleanerjm.com