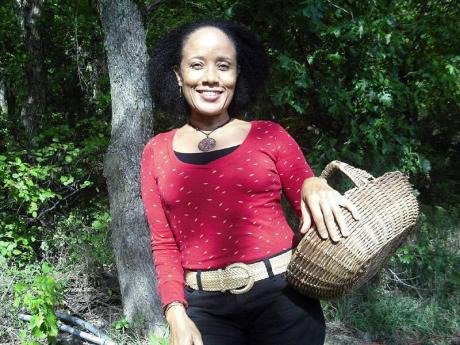 Like jerk, Rasta Pasta has become a favourite Jamaican dish in many restaurants around the world, with many chefs taking credit for its development. But it was our own Lorraine Washington, now a celebrated international chef, who unwittingly created this dish. Chef Washington tells the story behind the Rasta Pasta: "At the Paradise Yard Restaurant in Negril, back in 1985, I was preparing a meal for some construction workers when I placed some ackee on tomato sauce on a bed of home-made fettuccini. The Rasta colours evident in the dish inspired one of the carpenters to name it Rasta Pasta. Another pointed out that the fettuccini was the dreadlocks and so Rasta Pasta was born. They begged me to put it on the menu and there it remained from February 14, 1986 to July 1997."

Chef Lorraine is one the international chefs who will grace the stage at The Gleaner-sponsored Jamaica Epicurean Escape (JEE) at the Richmond Estate on December 1 and 2.

Washington hails from Hanover, but lived in Panama for several years before returning to work with Air Jamaica as a flight attendant in the late '70s. Her travels awoke her interest in the culinary traditions of the cultures of Central and South America, Europe, Africa, New Zealand, Fiji and Alaska. Having decided to pursue a culinary career, she enrolled at the Culinary Institute of Art in New York and armed with the skills of operating a restaurant, established the Paradise Yard in the mid '80s, where her offerings included home-made pasta, vegetarian meals and international cuisine.

Marcia McDonnough, lead organiser of the JEE, notes that "having Chef Washington at the JEE is a real honour. She will contribute in several areas. She will present a seminar on healthy eating, demonstrate her signature meals and will also teach the young people to prepare simple pasta dishes while sharing her special brand of humour."

Washington is based in the United States and is an advocate for healthy eating. Her brand, FitCuisine, developed in 2010, promotes the concept of combining healthy eating with fitness training. Chef Lorraine promotes FitCuisine concept by producing events to teach how to prepare tasteful (lean) meals and basic fitness programmes as an integral ingredient to achieving a better quality of life.

The ever-busy chef continues to travel the world, participating in shows, cooking demonstrations and workshops. She was recently in New Zealand demonstrating healthy meals for diabetics. She was also in Fiji, where she visited various resorts creating healthier meals using local, in-season ingredients.

In Jamaica, she is in the process of building a small community centre in Sheffield, Westmoreland, equipped with a demo kitchen to facilitate teaching young people healthy cooking skills. She will also promote the use of locally grown produce in the spirit of 'Eat what you grow - grow what you eat' so as to encourage the development of a sustainable food industry.