Who is Josef Bogdanovich? 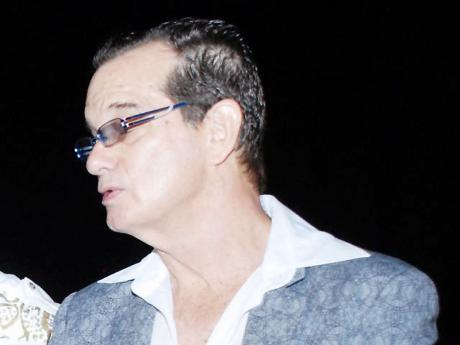 Josef Bogdanovich is a full partner in the staging of Sting, the greatest one-night show on earth. He is the man behind the Sting pay-per-view deal and is committed to Brand Jamaica.

In his tenure in Jamaica, he has signed Nuff Nuff, which transformed into Scare Dem Crew; he has also signed Lukie D, Nanko, D.Y.C.R., Ninja Man and others. Joe has toured with Sugar Minott, Frankie Paul and others. But who is this man that has aligned himself to the music and is so heavily invested in it?

Joe hails from California and holds an undergraduate degree from Boston University in business and a master's in film from the California Institute of the Arts. He ran an information management company in the '90s based in New York City, and was a trader of commodities on the New York stock exchange.

In 1992, he started the ACID JAZZ record company in California, zeroing in on dance music, and then Downsound records in Los Angeles a year later. The committed-to-music businessman had an artiste called 'Dread Flinstone' on the label, who introduced him to reggae and dancehall. 'Dread's' song From the Ghetto went No. 1 on the billboard pop chart and Joe was sold on Jamaican music. That's when he made the move to Jamaica.

The Bogdanovich family (along with family friends Gary Perkins and Sepp Donahower) were pivotal partners in three of the most important concert companies on the west coast, and perhaps the United States. During the 1960s, '70s, '80s, and '90s that helped shape the modern music and concert business and also had one of the largest touring sound companies in the world all through the '70s. Music is in his blood.

The family's sound company, Tycobrahe, did global tours with virtually every major star in rock during the '70s. Another company the family owned, Pacific Presentations, was the prime promoter chosen personally by Bob Marley & The Wailers to produce their concerts beginning in the early '70s, and the third company, Avalon Attractions, filmed the famous Bob Marley & The Wailers Concert from the beautiful Santa Barbara County Bowl.

Pacific Presentations was instrumental in producing and staging California Jam in 1974, which set the record for highest paid attendance at an event at the time, estimated at 250,000.

Josef Bogdanovich has taken a business decision that reggae and dancehall are the biggest music brands in Jamaica. He describes dancehall as hormonal, sensual, virile yet basic, reflecting the masses, and he plans to help evolve it into an international driving force.

He posits that everyone is a fan of Sting, admitted or not. Joe believes that Isaiah Laing and his Sting board are challenging, maverick, independent and committed.

He believes in dancehall and knows the only way to make money is to expand the audience base; hence he has made the major move to pay-per-view.

For this year's event, AOIM is the international and national multiplatform distribution partner.

Bogdanovich says "People talk about Jamaican music and lifestyle as a vehicle for tourism. Sting is the hottest vehicle for reaching this market. Sting reaches out and supports real people."

This Sting 30th is distributed via cable and satellite and will reach nearly 90 million households in the United States, and various commercial locations such as venues and bars worldwide.

The events are made available in the United States by the cable system, which takes the feed from a pay-per-view network like IN DEMAND or Direct TV, Comcast or Vubiquity.

Distribution will also take place through ITV in Europe and America, an even larger network.