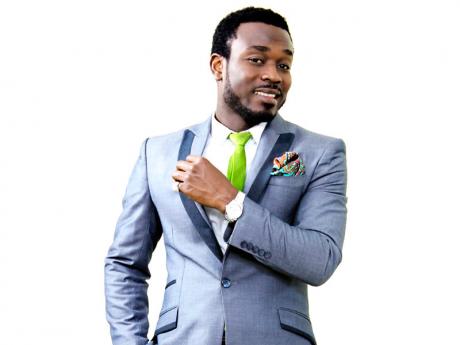 With the successful launch of his brand new EP, Voice of the People, behind him, former gospel artiste Prodigal Son, who has now been rebranded Prodi, is looking to broaden his base of fans and reach a new audience with the shock value his new songs will deliver.

In mid-June, at the EP launch, held at the famous 689 restaurant in New Kingston, scores of persons turned out to share in the celebration of what the entertainer called his rebranding.

"The launch was a success. The support of the entire [music] fraternity was overwhelming. The media came out in full force, the fraternity - from the selectors to entertainers - everybody came out and showed their support," Prodi said.

"Another thing that stood out was the reception of the people. The music was well appreciated, even more appreciated than I thought at this early stage of the music, because it's still in the embryonic stage. People were singing the songs word for word. Circle Small, Hustler's Anthem, Gone Too Soon, Mi Know Jah - those were the crowd favourites."

But according to the entertainer, the launch was the easy part. Now the real work begins.

VIDEOS IN THE WORKS

Already his team has deployed its marketing strategy that is aimed at ensuring that Prodi becomes a bigger star than Prodigal Son ever was. There are also several music videos in the works.

"Circle Small will be one of the first to hit the market, then Gone Too Soon.

"The videos will have some shock value. Then further down, we are looking at Kingston City. We are focusing on three videos at this time, with Circle Small being the lead video," he said.

He emphasised that the videos are still in the planning phase. He was non-committal about who would be doing the videos.

"We're still planning. Different videos might require different editors, different producers. We are in the embryonic stage, looking at scriptwriting and treatment," he said.

Tours are also going to be critical to the move to make the name Prodi a global one. With that in mind, a number of overseas ventures are being pursued.

"We are not at the stage yet where we are being called for big major shows, so we are trying to push the music a little more," he said. "We are looking at Los Angeles, that is reggae capital; upstate New York; New Jersey. We can concentrate on those areas. For winter, we are on track for a European tour. We are also looking at clubs, Hard Rock cafés, we want to go places that have anything to do with people wanting to hear music; radio, park shows, getting to people to hear the name, feel the music, and try to expose the genre in my own way."

He believes there is a particular pillar that will help lay the foundation for his success.

"The key element is to consistently have people see what I am about, show people that talent is just talent, when God bestows a talent upon you that you don't hide it," he said.

"My wow factor is embedded in how prolific I am as a writer, and the people I have around me, they have the know-how to get the music out there. I am going to say undiluted things, not derogatory, but I am going to say things that people might have been afraid to say for years."

And for those who have been turned off by his move from gospel to the mainstream, Prodi had this to say.

"I am not worried about losing people as fans because if you are a fan of what I am doing then you are always going to be a fan. You can't love someone today and hate them tomorrow. If someone says I don't want to be your fan now then they were fickle in the first place. For the people who are not yet fans, those are the ones I am focusing on."