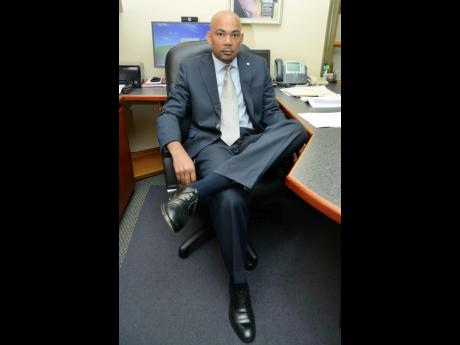 JMMB Merchant Bank has completed an upgrade of its core banking system and is about to launch a new internet banking platform, initiatives that are expected to accelerate growth.

The merchant bank is projected to spend $75 million to $100 million on upgrades, said CEO Jerome Smalling.

"Some costs would have been incurred in the previous financial year ended March 31, 2015, and some will be incurred this financial year. This represents a major investment of both effort and money, and we are poised to offer a new wave of banking to the Jamaican clientele," he said

The addition of Internet banking, Smalling said, required approvals from regulators, which took some time.

The new banking system is expected to "lower our cost of operation as well as increase our client base," said the CEO.

"This investment in updated technology is required to sustain our growth at a rate of approximately 30 per cent per annum," he added.

Smalling said the bank was making a comeback following the $4-billion purchase of the Capital and Credit businesses by JMMB Group.

Prior to the 2012 takeover, JMMB Merchant - then Capital and Credit Merchant Bank - had $3.2 billion of non-performing loans plaguing its $6-billion loan portfolio. The bad loans were transferred to a separate vehicle at takeover, leaving the rebranded operation in a more healthy position.

"The non-performing portion of the loan portfolio remains at a notable 1.17 per cent, relative to an industry average of around 4.69 per cent," Smalling said.

Meantime, the bank's deposit base has expanded to more than $13 billion, compared to around $8 billion at March 2013 and $11 billion at March 2014, "making JMMB Merchant Bank third behind Scotiabank and NCB in the banking sector, in deposit and loan growth sales," he said.

"The primary difference between ourselves and the competition is that we start with the client and design solutions around their unique goals and aspirations," said the merchant banker. "Most banks employ predefined products and structures and attempt to fit clients into the existing product sets," he said.