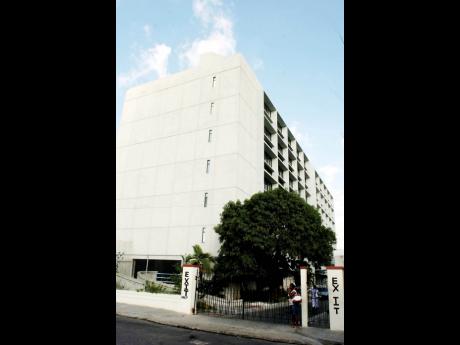 Norman Grindley
A side view of the Ministry of Finance, in Kingston.

On Friday, July 26, 2015, both our daily newspapers used banner front page headlines to inform their readers that Jamaica had raised US$2 billion on the eurobond market.

Of that amount, US$1.5 billion is to be used to make a very early pay down on close to US$3 billion of PetroCaribe debt we have with Venezuela in exchange for a deep discount of approximately 50 per cent.

The Thursday evening before, the electronic media broke the news and sharp opinions for and against the details of the bond transaction were part of their broadcasts.

Those who supported the deal did so with a sort of gushing euphoria that gave the impression that Jamaica had earned - or won - the US$2 billion. In fact, the new cash is borrowed at very expensive interest rates - US$1.5 billion for 13 years at 6.75 per cent and US$650 million for 30 years at 7.875 per cent - compared to the existing one per cent we pay over 25 years on the PetroCaribe debt. Like any other transaction, there are pros and cons to this deal.

The strong argument that is being made by the pro side is that we will reduce our debt stock with the 50 per cent discount on the Venezuelan debt. This could move Jamaica's debt-to-GDP figure down by at least seven per cent, maybe more, depending on whose calculation one accepts. This positive may be overstated.

Supporters state that the very favourable response from the bond market is a very good endorsement of Jamaica in that we were offered US$4.5 billion.

The pro line was also flavoured with the political spice that our benevolent benefactor, Venezuela, which is now very strapped for cash, helped Jamaica and others with the very favourable PetroCaribe oil and long-term loan deal and that we need to help at this time.

It should be clear, however, that Venezuela didn't and couldn't force Jamaica to pay early, nor were we obliged by any clause in our agreement to make an early repayment.

Also, this debate is not about the PetroCaribe deal, but rather the merits and downsides of the US$2-billion bond deal the country borrowed to prepay the US$1.5 billion and accept the discount. Is the bond deal to prepay that very low-cost, long-term PetroCaribe debt a good one?

It is generally very good financial practice to pay off loans with higher interest before those with much lower interest charges.

In this case, we are borrowing at much higher rates to pay off loans at very cheaper interest rates. So if we are borrowing expensive money to prepay much cheaper debt, what is the financial benefit? Are there other than financial and undisclosed benefits? And to whom or to which entity will these financial and other benefits accrue? Are Jamaica and Jamaican taxpayers and citizens going to be better off because of these two high-priced bond deals?

Let's look at the numbers.

The weighted average cost of the two new bonds is 7.11 per cent. Given that the existing PetroCaribe loan is priced at one per cent per annum, the new securities are substantially more expensive, annually, than the current debt we are tripping over ourselves to repay. Today, we pay US$30 million a year in interest for the Venezuelan debt. The current barter-like and investment arrangements in the oil deal have resulted in the Jamaican taxpayer avoided having to pay taxes to service this low-cost debt.

The new bond deal which Finance Minister Phillips has just concluded requires a payment of US$108.654 million every year to just service the debt. On a nominal basis, we get a discount of US$1.5 billion but pay a total interest on the two bonds of US$2.716 billion over 25 years for the privilege.

The arithmetical differential is huge. So, is the reduction in this very cheap PetroCaribe debt stock worth the cost?

These additional and very increased debt-service cash will go to rich banks, financial institutions and investors after being extracted in the form of taxes and fees from millions of poor Jamaicans.

Bankers and investors will benefit.

No positive there for many poor Jamaicans who cannot afford food.

It is interesting that a few weeks ago, poor, long-suffering and no-wage-increase-for-five-years civil servants were told that there is no fiscal space to award them more pay.

It is funny how, this past week, Peter Phillips made this new commitment to pay these rich bankers and investors between $11 billion to $12 billion each year for decades into the future - to extinguish one of the cheapest loans on Jamaica's books.

No benefit in that for civil servants and other ordinary Jamaicans.

At a time when interest rates are very low, this interest rate-rich Jamaican bond deal elicited effusive praise from international lenders. One wonders in which innovative manner their gratitude will be shown - and to which political institutions and to whom. We must keep a vigilant watch on their financial statements and other sources to learn of all who benefit from these two deals.

An executive from one of the bond houses that follow Jamaica was quoted on Nationwide News last week saying the Government will have to explain the high interest rate differential.