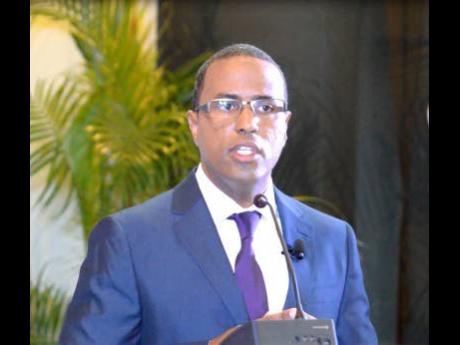 Jamaican financial conglomerates NCB Financial Group and JMMB Group hold large stakes in the biggest insurance companies in the Caribbean, which represents a prominent symbol of recovery from the 1990s when an over-concentration of risk led to the sector’s meltdown.

Risk managers at a conference in Barbados said the location of ownership within Jamaica was not problematic. But they argue that the companies that hold insurance assets should keep their investment portfolios sufficiently diversified to limit potential exposure to shocks.

“You have to pay attention to the quality of the investment portfolio of the insurance company. One of the things is diversification. So, don’t put all your eggs in one basket. That is something that insurance companies know well,” said CCRIF Chief Executive Isaac Anthony in response to a Financial Gleaner query at the Understanding Risk Caribbean Conference at University of the West Indies, Cave Hill, Barbados. CCRIF operates a regional insurance fund that provides disaster coverage for member governments.

CCRIF was formed in 2007 in response to Caribbean countries seeking to design a sort of disaster fund for members states. Since inception, CCRIF has made 38 pay-outs totalling US$139 million to 13 member governments.

Its base of coverage has extended beyond the Caribbean into Central American, leading to a rebranding of the fund, formerly known as Caribbean Catastrophe Risk Insurance Facility, to CCRIF Spc. Membership has also grown to 19 governments.

“The concentration of risk is spread out with reinsurance held outside the region,” says Dr Justin Ram, director of economics at the Caribbean Development Bank.

“I think we all consider ourselves Caribbean and so from that perspective, it is good that we own these businesses because that gives us an incentive to operate. And we understand the risk in the region,” Ram said.

He added that insurance companies should invest in infrastructure, as it would lead to more large building and projects done to the right codes. He said that they would manage the structures to protect value.

On the micro level, he said that these insurance firms with regional ownership can widen small business insurance coverage, while also offering workforce incentives to protect the workforce after disasters, to mitigate larger costs to the insurance sector and economy.

“It is important for insurance companies to form part of the overall risk management,” Ram said.

On May 13, NCB Financial Group finalised a takeover of Guardian Holdings Limited of Trinidad in which it now holds a 62 per cent stake. Days after the NCB-Guardian transaction was concluded, JMMB Group announced it was taking a 20 per cent stake in Sagicor Financial Corporation in a deal with the Canadian outfit that is in the process of acquiring the Barbados-based insurance conglomerate. Both Guardian and Sagicor Financial operate in multiple regional markets.

The JMMB transaction with Alignvest, although still subject to regulatory approval, is already being seen inside Jamaica as a clawback of a piece of the asset from Canada.

That view is apparently shared by others.

Lizra Fabien, executive director at Dominica Association of Industry and Commerce and a representative of Network of Caribbean Chambers of Commerce, welcomed the investments by JMMB and NCB, saying they would keep assets in the region. But she wants these institutions to be better regulated, particularly in relation to disaster risk.

“In Dominica, the chamber of commerce recommended to its government to have an ombudsman for the insurance sector to ensure that it’s really regulated,” said Fabien.

“We saw some gaps after [Hurricane] Maria, where insurance failed us, and we want to ensure that we are not vulnerable to that same situation,” she said.

A third development in the insurance market in May was the announced joint venture between large conglomerates GraceKennedy and Mussons Group to form a start-up life insurance company called Canopy, which is expected to make its market début in June but whose size and scope are still unknown.

Guardian Holdings, which operates in 20 countries, has an equity base of TT$3.4 billion (US$501.5 million). JMMB is paying US$200 million for one-fifth of Sagicor, potentially valuing it at US$1 billion.

JMMB Group will acquire the insurance asset for its own portfolio, according to one of its large shareholders. The investor said that JMMB approached Alignvest for a stake in the special-purpose acquisition vehicle or blank cheque listed company, which will be reverse acquired and renamed new Sagicor.

“We were watching it from a distance and realised that nothing was being announced, so we approached them,” said the person, who added that the Canadian companies that got first option to buy into Sagicor feared increased exposure to the Caribbean. It comes within the context of Canadian banks pulling out of the Caribbean in recent years due to impaired loans, which impacted their return on investment.

As a consequence of the JMMB deal with Alignvest, property and investment conglomerate PanJam – which owns 6.18 per cent of JMMB Group – will indirectly hold about 3.3 per cent of Sagicor Financial while separately holding 31.56 per cent of subsidiary Sagicor Group Jamaica.

PanJam told the Financial Gleaner that upon the close of the deal, its holdings in Sagicor Group Jamaica would remain at 31.56 per cent.

Otherwise: “We remain open to all opportunities that may arise,” added PanJam, in relation to growing its wider insurance portfolio.

In the 1990s, Jamaica’s financial sector and economy suffered one of its worst recessions, characterised by the failure of several banks and insurance companies. The quick liberalisation of the economy, leading to foreign exchange instability, record-high interest rates, slow and lacking regulation, and imprudent management were contributing factors to the crisis that led to a bailout by the State.

In the aftermath, the country’s fiscal and debt indicators worsened, with the public debt to gross domestic product ratio rising from 80 per cent to around 147 per cent. Non-performing loans climbed to 29 per cent in 1997 for commercial banks and 48.8 per cent for near banks, according to central bank data.

Today, Jamaica’s financial sector has come full circle, and a booming stock market has served to grow their value. That, in turn, has positioned banks and fincos to raise financing to fuel regional expansion.