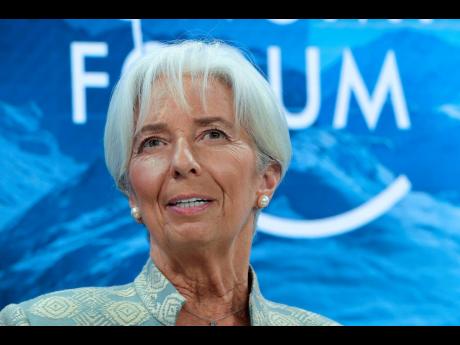 Christine Lagarde has been nominated by the eurozone 19-member government to head the European Central Bank.

Lagarde, 63, was nominated to succeed Mario Draghi, whose eight-year term ends on October 31.

She said she would “temporarily relinquish” her responsibilities as International Monetary Fund (IMF) managing director during the nomination period.

She would be the first woman to serve as ECB head and the first not to come from a central banking job.

Economists said that Lagarde’s background as France’s former finance minister and her tenure as head of the 189-nation IMF should serve her well in running the ECB, even though her training is as a lawyer and not an economist.

Her selection would mean that the world’s two biggest central banks will be run by lawyers. Jerome Powell, the chairman of the Federal Reserve, is also a lawyer by training.

In a statement, Lagarde said “I am honoured to have been nominated for the presidency of the European Central Bank. In light of this, and in consultation with the ethics committee of the IMF executive board, I have decided to temporarily relinquish my responsibilities as Managing Director of the IMF during the nomination period.”