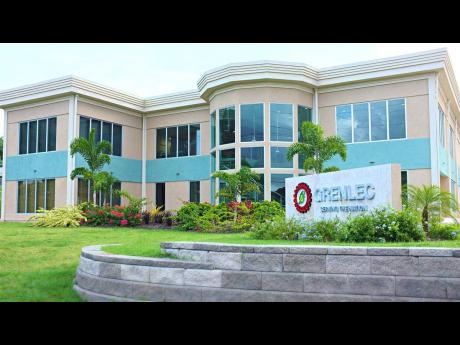 The new Grenada government has signalled its intention to seek a strategic partner to help finance the operations of the country’s lone electricity company, GRENLEC, that continued to operate independently even though majority shares in the utility had been reacquired by the previous administration last year.

Prime Minister Dickon Mitchell, in an exclusive interview with WPG TV, said it is possible that the strategic partner could be on board within a year.

“You would want a partner who is already in the energy business and who also has a strong renewable footprint and I think that could happen between six to 12 months,” he said, noting that no company is on his new administration’s radar as yet.

In January 2021, the previous government led by Keith Mitchell announced it had regained control of GRENLEC from American company WRB Enterprise, the operator of a renewable energy development company in the Caribbean and Latin America called WRB Energy.

Through a US$63-million settlement, which was US$12 million less than an arbitration award surrounding the takeover, the government regained control of the 50 per cent shareholding sold to WRB Enterprises in 1994. In addition, the government also acquired an 11.6 per cent stake in Grenada Private Power Limited, a WRB-affiliated company.

In 2017, WRB initiated legal proceedings following the passage of laws by the Grenada Parliament to liberalise the electricity sector under a World Bank-funded OECS project.

St George’s said then that it had already approached the World Bank and the International Renewable Energy Agency to procure the services of a world-class management company to operate the utility and facilitate the divestment of the shares through a public offering.

Mitchell, 44, an attorney, who led the National Democratic Congress to victory over the New National Party in the June 23 general election, said the GRENLEC board would be changed “and then we would have to make a deep and thorough analysis as to what we would want to do with GRENLEC”.

Regarding the reacquisition of the shares “in my view it has not been in the best interest of Grenada,” he said.

“Clearly, it was an ill-thought-out approach,” he added, noting that the previous government had taken a “hostile approach to WRB at least from 2013”.

“So if you look carefully as to what has happened to a large extent from 2013 to when the government bought back majority shares there was no real capital investment in GRENLEC, which was essentially the owners of the company, recognising that they are at war … with the government or that there is a cold war going on and so they are not going to fatten the calf that you want to take from them,” the new prime minister added.

He said an examination of the engines will show that they have been around “for a very long time” and that the very same year the shares were repurchased, the government had to spend an estimated EC$16 million on a new engine for the plant to service electricity customers.

“That does not make any sense. So we are faced with a situation where we will be faced with severely depreciated and severely aged engines. You will have to find the capital to recapitalise the company and that’s why when you have an opportunity to negotiate you sit and you negotiate,” Mitchell said.

He said while at this stage he could not provide a “definitive answer” as to how his administration will deal with the situation, only that he does no believe the state should continue as the majority owner.

“This is energy, it is a highly complex, high capital intensive industry and so to me what we need to look at is to find a strategic partner or a strategic shareholder in conjunction with the Grenadian shareholders … that will allow the company to continue on the prior path of being well run, profitable … and where we have a reliable supply of energy and at the same time begin the process of transitioning to renewable,” Mitchell said.