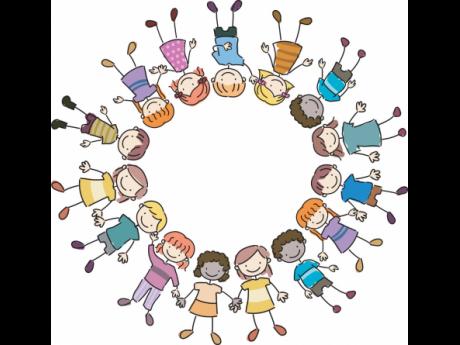 EVERY GOVERNMENT in Jamaica’s history has touted their credentials and commitment to youth development. However, based on the current state of affairs, Jamaica has a far way to go before we reach the milestone of achieving meaningful youth...

EVERY GOVERNMENT in Jamaica’s history has touted their credentials and commitment to youth development. However, based on the current state of affairs, Jamaica has a far way to go before we reach the milestone of achieving meaningful youth involvement.

The 2020 Youth Development Index reveals that our efforts to achieve robust youth empowerment have stagnated over multiple years. The index, which measures youth development in 181 countries, found that Jamaica is one of only three nations in Central America and the Caribbean that recorded deteriorations in ranking since 2010.

Our global position fell 29 places from 46th to 75th between 2016 and 2020 with the metric ‘Political and Civic Participation’, experiencing the greatest decline as our score worsened by six per cent. How can this be when we supposedly have government funded youth programmes such as the National Secondary Students’ Council (NSSC), the Jamaica Union of Tertiary Students, the Youth Advisory Council of Jamaica, the National Youth Council of Jamaica (NYCJ) and the National Youth Parliament of Jamaica?

There are three reasons why national youth organisations have failed to achieve robust youth participation: the existence of tokenism, inadequate funding and the absence of clear leadership.

Tokenism represents a symbolic inclusion of people that fit a major demographic. As someone who has served as president of the Jamaica Prefects’ Association, prime minister of the national youth parliament and as a member of the Youth Advisory Council, I can speak with some confidence, that there are many instances of ‘consultative’ sessions held where young people have no real influence on the decision-making process.

The Ministry of Education and Youth and Information (MOEYI) recently provided an apt example of this observation with the announcement of its Sixth Form Pathway Programme. The NSSC, which is responsible for ‘advocating’ on behalf of secondary students, was left completely broadsided by this decision with representatives publicly stating that they were never involved in the discussion process.

Even organisations which were deliberately designed to incorporate youth in leadership suffer from symbolic gestures. For instance, the 2021 Caribbean Policy Research Institute report on the quality of state care in Jamaica concluded that the Children’s Advisory Panel failed to achieve its objective of representing youth due to the fact that its composition was determined by academic performance. This exclusion of at-risk youth led researchers to conclude that efforts to achieve stakeholder engagement did not rise to genuine collaboration but was simply “placation”.

Activity does not mean impact. An organisation may exist on a spreadsheet, but that does not automatically translate into influence. We just need to look at the catalogue of unimplemented policy recommendations made by the national youth parliament to see the dearth of its impact.

Another major challenge to youth development is the dependence of funding from the MOEYI, which almost never seems to materialise. For instance, I found it quite humorous that the National Youth Parliament, the Youth Advisory Council, National Youth Council and the Jamaica Prefects’ Association have not received any budgetary allocation for the execution of their projects.

This scenario is even more laughable when I was told that the JPA still does not have a bank account three years after it was incorporated under the ever-watchful eye of the lumbering Ministry of Education. Again, can we realistically say that we are taking youth leadership seriously?

Further complicating this nightmare arrangement is that these organisations’ dependence on the parent ministry makes them beholden to the most ridiculous practices of government bureaucracy.

For example, the ministry’s youth division has sought to centralise the making of flyers in the department. Now flyers made by a young person that previously took a week to distribute must now go through multiple levels of scrutiny by policymakers who may even redesign the whole banner altogether. How absurd!

To address this ludicrous arrangement, some operational distance between the parent ministry and the programmes it directs is needed. Micromanaging is not the solution.

However, this still does not address the issue of resources. To tackle this problem, it is important that we prioritise new funding models that encourage public-private partnerships. That starts with at least providing a bank account for youth-led organisations to secure their own funding.

Evidently, this attempt at financial independence will undermine the excessive control of the ministry bureaucrats, which is probably why it has not been done. Nevertheless, until we can provide this enabling environment, Jamaica is simply joking with youth development.

Undoubtedly, the biggest hurdle that has undermined the effectiveness of youth development is the pervasive absence of clear demarcations between political and policy leadership. These practices have even become mainstream in youth policy.

For example, the current terms of reference of the Youth Advisory Council no longer empowers council members to select their own chairperson. Instead, this power has been eroded to the point where the minister appoints the head of the council. What a fine example of youth participation.

The ramifications of this disempowerment are profound as now you have a council who is accountable not to their peers but to a politician. At best the council’s chair becomes a lackey to the minister or at worst he becomes an enforcer of his will.

Normally, policymakers provide some protection from this occurrence. However, the Youth & Adolescents Policy Division of the MOEYI has recently had a turbulent journey with at least three senior directors over the past four years. In fact, the current senior director is acting since the official director was seconded to CARICOM. This lack of security of tenure does not bode well for the operations of any department.

This was seen last November, when the senior youth director acting on instructions from her state minister issued marching orders to 40 per cent of the council with scant regard for due process. This underscores the bankrupt state of policy leadership of our youth programmes in Jamaica.

The political directorship has been even more in flux with Jamaica having three portfolio ministers and three state ministers responsible for youth in the same time period. Now, the prime minister has dropped to charade altogether and has decided not to reappoint a state minister for the youth portfolio.

The constant shifts in personnel have led to a fragmented approach to youth development as multiple ministers pursue their own goals of incorporating young people as the youth division struggles to establish directional control. Until clear leadership is demonstrated by policymakers and the political directorate, youth development is simply a pipe dream left to the whims and fancies of those who claim to be in charge.

David Salmon is a public policy student at the University of the West Indies. To send feedback, you can email him at davidsalmon@live.com or tweet him at DavidSalmonJA.