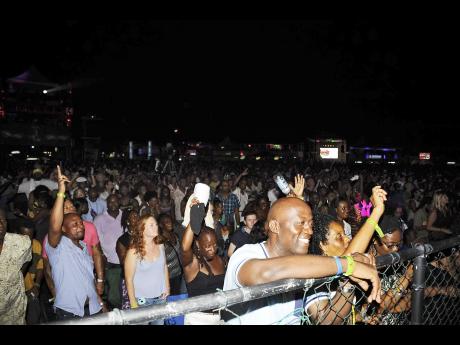 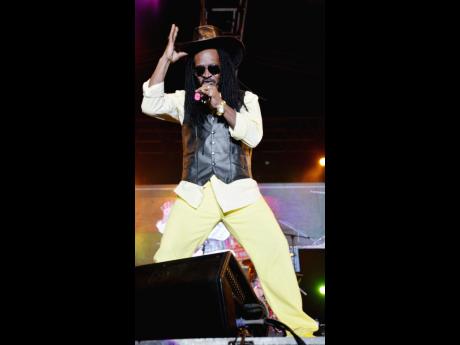 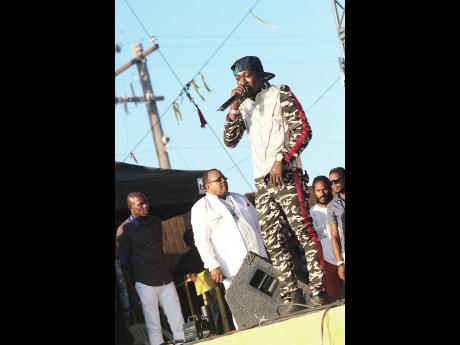 There are four major annual stage shows remaining in Jamaica, with exhaustive (and sometimes exhausting) line-ups. Three of them - the GT Taylor Christmas Extravaganza, Sting and Rebel Salute - take place within a month, the first two over the Christmas-Boxing Day period in Black River and Portmore, respectively, and the last in mid-January in St Ann.

Reggae Sumfest (and here I am specifying Dancehall Night, which opens the three main stage nights) is during the summer in Montego Bay and, along with Rebel Salute, is actually titled a festival. However, for the general Jamaican population not interested in such fine distinctions, I believe a stage show is a stage show, with a long line-up of artistes going through the night in what can end up as a 10- to 12-hour event.

That is a long time for a lot of performers, in a format where it is not unusual to see more than 20 artistes singing and deejaying at various lengths to varied responses from crowds that can be very hard to please.

Still, for this year's staging, Sting is slated to cost no more than $3,000 at the gate for general admission, and $2,500 pre-sold, a price point which the organisers have been holding to for a while. In January this year, Rebel Salute was in about the same price range, at $2,800 presold, and $3,000 for general admission.

The Extravaganza seems to be appreciably lower - the most recent poster I found online was for 2013, with a general admission fee of $2,000.

All these events have VIP options, but I am focusing on the lowest price option available.

It takes the staunch of heart and strong of foot (although many more people are now carrying their seats along) to go through the marathon of a Jamaican stage show, but there is no shortage of persons willing to take the journey. Of course, people attend at varying times throughout the event, although I believe that more people have started coming out early to get their money's worth.

In terms of dollars performer, it is a lot of persons to see on the stage for less than US$30 (look up some prices of reggae shows in the US and UK for comparison). On the other hand, there are the smaller concerts (something I had long advocated for in a previous column written for The STAR) with far fewer performers for anywhere from about $1,000 up - sometimes even up to the regular stage show ballpark figure of $3,000.

So where does the best value lie - with the many artistes in many hours, or the fewer artistes in a much shorter time? In a way, it is an unfair comparison, a bit like having a choice between fast food for a week in a joint with plastic seats and trays, or a really fine meal in a refined setting where the waiters smile - at least, until they do not get a tip like they were expecting.

I believe that the (stereo)typical stage-show devotee is from the lower end of the income scale, where volume wins out not only in matters of music, but also from food to clothing. There is not much of a choice there. On the other hand, the up-close, in-depth interaction between performer and audience afforded by the smaller shows values far more than the ticket price of, say, $1,500, if you are a devotee of their music.

There is something that the stage show offers which the smaller concerts do not. It is a look at the emerging artistes as they are coming up, with the 'call-on', an accepted part of the format, as well as an early section normally reserved for the up-and-coming artistes who it is understood are looking for a 'buss'.

At the smaller event, while someone may be given an introductory slot, it is unlikely that the audience will tolerate more than one.

And that is where much of the value of the stage show format lies: in giving those who are trying to get a break in a business where it can be hard to be seen consistently. One of the most interesting things is to see a performer go through the various stages of their career onstage, from a slot where they have to prove themselves to a headline slot - and then, the inevitable varied fortunes of those at the top of a competitive pile.

Of the four large shows, GT Taylor's Christmas Extravaganza is the youngest kid on the block, heading towards its 15th staging this year. I do not see any more joining them any time soon, not after so many - from Follow The Arrow to Champions in Action and East Fest - have faded. So there is a lower volume of large-scale stage shows, and for those who enjoy that experience from the big stage or in the general audience area, it's a far less valuable experience.