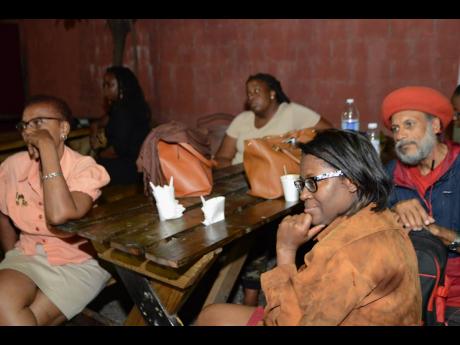 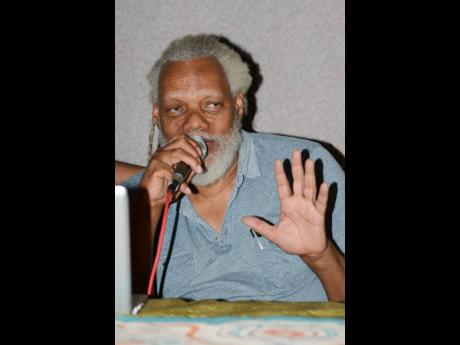 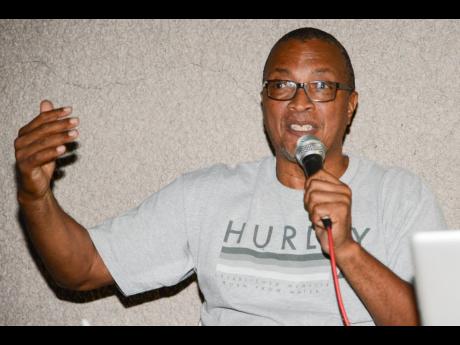 Every year, Jamaicans wait with bated breath to hear the winner of the Grammy Award for Best Reggae Album, either through traditional media or online sources. This is the case as the award is given during an untelevised pre-ceremony, along with other awards, including best folk, comedy, spoken word and children’s albums.

But what exactly are the chances of the reggae award being presented live, during prime time? Two stalwarts in the entertainment industry, producer Mikie Bennett and Michael ‘Ibo’ Cooper, interim chairman at the Jamaica Reggae Music Industry Association (JaRIA), examined what it would take to make this a reality. They were addressing JaRIA’s Reggae Open University, held at Grafton Studios in Vineyard Town in Kingston last Thursday.

According to Bennett, the reggae category stands a chance of being broadcast on the main stage if collective effort is made to market and promote the genre through a strategic system.

“There’s a template that track and field has – find them, train them, groom them and set some standards which is institutionalised in the schools, to the extent where our Boys and Girls’ Champs is the premier event of that nature in the world,” Bennett said. “There was a time [when] we had the 10 fastest people in the world, that wasn’t by accident. Music can be a little different ... I’ve seen local artistes perform overseas and freeze on stage, and what should have been an hour-and-a half show ends in 30 minutes, because we don’t think that kind of training is important. To become that superpower, we have to go back to the drawing board and look at the comparative advantages we have as a small nation and manage our expectations. All we have to do is find a template that works, and we can borrow it from track and field.”

Bennett also lauded TVJ’s All Together Sing for honing talent, and encouraged parents to invest in their child’s artistic interests as early as possible.

“There should be something like an Edna Manley College in every county,” he said. “Ashe is one of the best training grounds for performers in Jamaica, bar none; there should be an Ashe in every two parishes. Almost every major stage right now has someone from Ashe singing background or performing. They bring them in, train them and create that ­discipline with coaching sessions and rehearsals. Ashe is organised and is approaching music as a business, and these are the kinds of things we need to do.”

The Grammy award for Best Rap Album was once presented in the pre-ceremony, but Bennett said soaring record sales played a major part in the inclusion of the category at the televised show. He said the reggae industry should learn from this.

“Rap is selling platinum records, so to leave them out of any popular American exposé is almost suicidal; yuh cyaan leave Drake out of a situation, cause him is the number one artiste in the world,” he said. “It is nice to have a number one on any chart, but the numbers on the reggae Billboard chart are ridiculous; we’re talking about hundreds, and sometimes not even thousands. You’ll have a song on top of the reggae charts which might have sold a thousand copies, whereas once you go number one on regular pop Billboard charts, we’re talking a million copies or at least 500,000; so you can see the big difference, we really don’t have no power.”

According to Ibo Cooper, Jamaica lacks the institutional power to call for the inclusion of the reggae category at the Grammy’s main stage, but said this does not undermine the genre’s international appeal.

“When you look at two Grammy winners like Lee ‘Scratch’ Perry and Burning Spear, they’ve toured extensively and have built up a multiracial following that we in Jamaica were not aware of,” he said. “When you go to London, a Burning Spear show will be sold out for three days, and Lee Perry has sold out right across the world in big arenas. If you look at the years they won, it would have been at a time they were touring heavily.”

Cooper also pointed to the heavy ­promotion behind Shaggy’s Boombastic album, which copped the Grammy Award in 1995.

In increasing reggae’s own visibility, he said the Latin market is a primary example of how its entertainers, like Gloria Estefan, have crossed over to the pop industry by penetrating untraditional markets. He encouraged local entertainers to build a fan base beyond the diaspora.

The Grammy’s introduced the reggae category in 1985 when the group Black Uhuru copped the award for the Best Reggae Recording for the album Anthem. The category was changed to Best Reggae Album in 1992, and has since been awarded to acts like Shabba Ranks, Shaggy, Jimmy Cliff, Bunny Wailer and some of Bob Marley’s sons.