Cheers for ‘Bibi’ - Former footballer makes a return to music 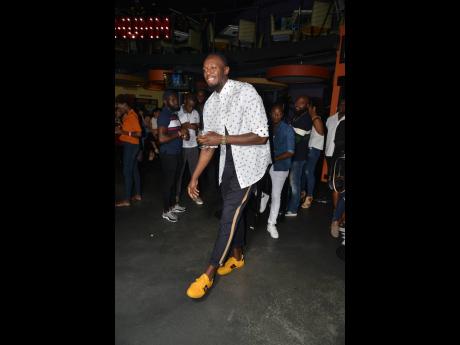 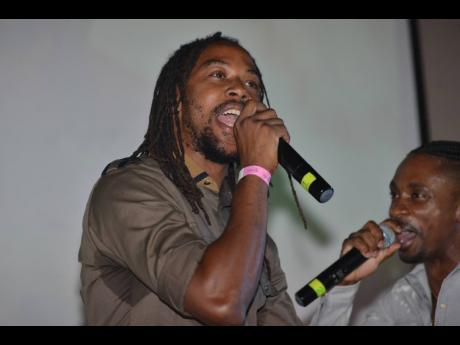 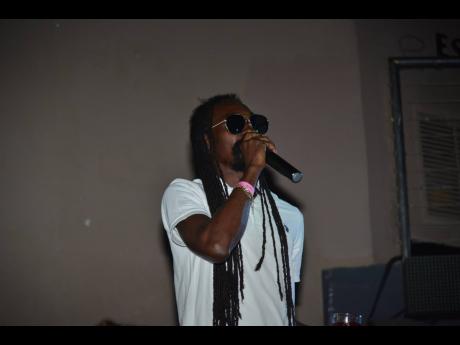 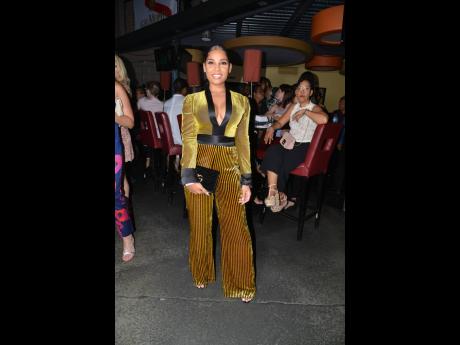 The celebratory air that champagne fosters has been witnessed on the football field over the years, as the deluxe wine spews from the hands of players toasting to a victory. Olympe Rosé champagne in hand, former national football player, Ricardo ‘Bibi’ Gardner, beamed with pride as a packed crowd roared during his performance on Thursday night at Usain Bolt’s Tracks & Records restaurant in Kingston. He was not in his jersey, neither was he on the field, but this was a victorious moment for the multifaceted star.

An hour before touching the stage, Bibi sat among a small group, noticeably reserved, but there was only one thing that drew him out of his self-contained nature, the Olympe Rosé rhythm.

Executive produced by Bolt, the production signalled the track legend’s entry into music, and Bibi’s return to the music scene. The event also served as the local debut of Bolt’s champagne, which mirrors the rhythm’s name.

“I think the rhythm overall is great, all the songs are wonderful and I think all the artistes really put their time and effort into it and tried to make it the best,” Bolt told The Sunday Gleaner. “I have no favourites, but I want to see how people respond to Bibi Gardner’s song, ’cause over the years he’s a footballer-turned-artiste, so that is exciting.”

A stamp of approval is an understatement when discussing the crowd’s reaction to Bibi’s Mount A Gyal, which oozes swagger, assertive flows and alluring lyrics. Tables knocked and cheers overpowered the speakers, as social media snaps of Bibi’s performance indicated that he was doing something right. The request for ‘pull-ups’ overflowed like the champagne he flossed on stage.

At the end, he was back to his unassuming ways, giving credit to Bolt and rhythm-mates Christopher Martin and Munga Honorable, who also performed their songs at the event.

“The whole movement by itself is big,” he said. “It was just great energy, even with how all the songs were voiced. With the energy we put into it we knew that we would get this response and we’re just asking the entire Jamaica to just go and support it ’cause we have this great ­production and our own ­champagne to take to the world.”

Despite his resounding reception, Bibi was tight-lipped about making upcoming performances.

“Time will tell,” he said. “Just like Usain, music has been a part of my life from day one. I used to be involved with producing, but it’s been a while now since I’ve been involved in the music industry. This is a great moment and the perfect timing for a return.”

He co-founded the Heart of Love record label in 2004 and was at the fore of Erupt’s mainstream single, Seh Dem A Gangster. His other productions include the Set Me Free rhythm, which houses dancehall favourites like Agent Sasco’s Hand to Mouth and Vybz Kartel’s Love Dem.

“I was very excited to hear Bibi and his tune is very catchy, but what I loved the most was to see Bolt and just the spirit and the camaraderie from his colleagues and the way they rallied around him and lifted him up,” she said. “I expect to hear great things from Bibi and his baller song, and also Chris Martin. Munga is a stalwart yes, and of course Ding Dong and Dexta Daps, the summer sell off!” she exclaimed.

ZJ Sparks lauded Bolt for pursuing a long-time passion and gave the set her thumbs up.

“The songs are quite nice, it has a summer vibe, but the song I really like on it is the one with Dexta Daps. When you listen to it, it won’t really sound like a summer song but you know a di gyal dem something. I know the girls are really gonna rave over that one.”