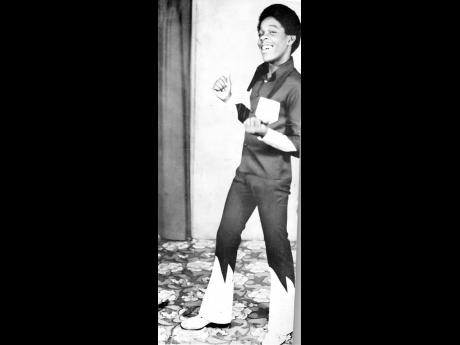 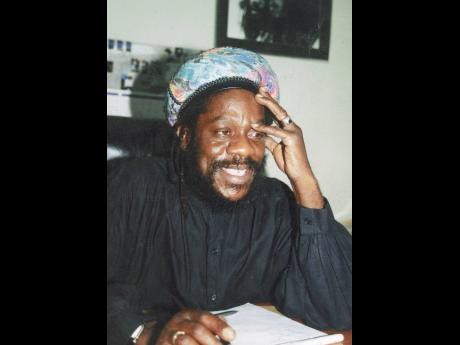 Dennis Brown was just 12, going on 13, when he emerged on the entertainment scene in a most unusual way. He grew up with his father, Arthur, a scriptwriter and actor who took young Dennis along with him to many of his performances. The influence of his father proved to be the earliest cornerstone in the many pillars on which Brown’s illustrious career was built. As Dennis puts it in one of his memoirs, “My father was a dramatist who wrote plays, and I feel that that is where the performing side of me came from.”

It was while attending the Central Branch Primary School in Kingston that the musically inclined boy became attached to a guitar and began entertaining himself and the thought of getting into a recording studio.

It wasn’t far off, as Derrick Harriott, a seasonedTcampaigner and record store owner in the music business, took Dennis under his fold early, thereby becoming the second major inspiration in his life behind his father. In 1968, Harriott made arrangements for Dennis to do his first studio work with a song titled Obsession. It was recorded but put on hold, pending a decision on the title. According to Harriott, the producer: “It was just a couple weeks after it was recorded that the name was changed. When I hear Obsession, and I sit down absorbing the song, I say to myself, ‘That name is not so commercial’. When he sings the part in the song that says ‘Let me taste your lips of wine’, I said, that should be the thing. So we changed it to Lips of Wine because it was more commercial,” Harriott said. Upon its release, Lips of Wine became a moderate hit, but in later years, it became a much- sought-after collector’s item.

Dennis was still virtually unknown up to this point. It was not until the release of No Man Is An Island in 1969 that music fans began to hear about Dennis Brown. Derrick Harriott was again involved in another piece of untold drama as he explains: “I brought the record, done by The Van Dykes, from America. I remember buying it at 125th Street in Harlem, New York. I was passing and heard this tune and said, ‘Wow! Is a boom tune that’. I took it back home because it had a falsetto voice to it and I wanted to record it. But I decided to give it to Dennis since he was coming around me, and is a nice little tune and him coulda, yuh nuh! I had actually recorded it, too, about the same time because I wanted to put it on an album. But we practise Dennis with it at the back of the shop, where we did a little thing. I went off to American and you know, when you young and thing. So he took it to Coxsone. No hard feelings, though. Downbeat was mi friend,” Harriott admitted.

As it turned out, No Man Is An Island, done for Studio 1, became Dennis’ first hit and the one that set him on the road to success. He followed up with Going To A Ball, Created By The Father, If I Follow My Heart, Easy Take It Easy, and others for the label.

Born on February 1, 1957, at Orange Street in the heart of downtown Kingston, Dennis remains one of the main contributors to the internationalisation of reggae music and thus one of the main figures behind the establishment of Reggae Month (February) and International Reggae Day (July 1), the date of his passing. This year marks the very important milestone of 20 years since his passing.

Following his early sojourns at Studio 1, Dennis was sought after by several producers who aimed at cashing in on his immense talent and popularity. Joe Gibbs was easily the most successful, boasting best-selling albums like Love Has Found Its Way, Visions, Spellbound, Foul Play, and Words of Wisdon, which contained the mega-hit Should I. Money In My Pocket for Gibbs became his first international hit, while he recorded for producer Niney Holness’ Observer label a raft of hits that included Cassandra, West Bound Train, Conqueror, and My Time.

By age 15, Brown had recorded for virtually every well-known record producer, including Lloyd Daley, Phil Pratt, Randy’s, Niney, and Joe Gibbs. His run of hits gradually established him as Jamaica’s top recording artiste and the most in-demand entertainer, earning him the title ‘The Crown Prince of Reggae’.

By the mid-late 1970s, Brown’s reputation had grown to high levels, with his overseas engagements outnumbering the local ones. In the meantime, the hits continued to flow incessantly with Sitting and Watching and Hold On To What You Got for Sly and Robbie’s Taxi label; Silhouettes and Wichita Lineman for Derrick Harriott; How Could I Leave, All Night Long and Stay At Home for Joe Gibbs; Things In Life for Lloyd ‘Matador’ Daley; What About The Half for Phil Pratt; and The Promised Land, published by Simba Records.

Regardless of his mega-star status, Dennis remained, perhaps, the humblest individual to have graced Jamaican popular music. Trevor ‘Leggo’ Douglas, a close friend of the singer, and operator of Leggo Studios, located a few doors below Dennis’ birthplace, says of Dennis:, “Him never lose the common touch with the people. He walked with kings, dined with kings and queens in palaces yet has never lost the common touch. That is what made him special.” His humility seems to have paid dividends in the end when he became the only recording artiste in Jamaican popular music to be interred among national heroes following his passing on July 1, 1999.