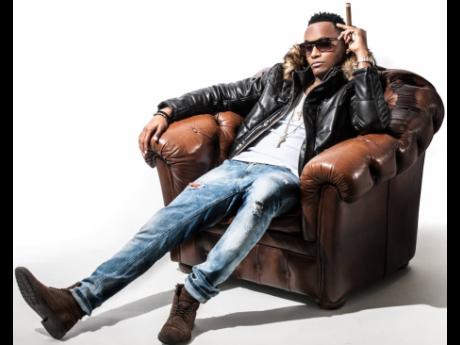 Musician, artiste and producer Craig Parks, more popularly known as Leftside, like many other entertainers, has been utilising the live-stream option on social media platforms more.

“There are times things are available to us and we take it for granted. I admit I wasn’t that active on the Instagram live platform, maybe once in a while and even till now because I am a private person. There are a lot of things I don’t want to be broadcast,” Leftside shared in his interview with The Gleaner.

“But I decided to do a live … so it started with ‘Leftside History on Live’ for an hour between 8 p.m. to 9 p.m., which ended up reaching approximately 3,000 viewers. After I logged off, persons were messaging me to come back, and it evolved into a live-stream session with Aidonia, and thanks to him, it went on for another interesting hour.”

The feedback on Leftside’s impressive repertoire of music, recorded and produced, was outstanding and has even motivated him to consider doing a regular live stream.

“My view on everybody else participating in live streams is to each his own. We all don’t have the platforms to perform live and direct, but making use of the digital ones helps us all to stay relevant and gives us a sense of purpose to educate and entertain all at once,” he said.

“Persons can be stimulated by the creativity, not just random socialising and posting, but the way we promote events, interact with the people. It is inspiring. I respect it, and it is going to leave a lot in people’s heads when things return to normal. It also helps if we are putting the message out there about the importance of social distancing … . There is nothing wrong with staying in and reflecting.”

“Everybody is on their phone right now, and you want to discourage the fear and anxiety that comes with it,” said the easy-going, soulful singer-songwriter Lila Ike about entertaining via a live stream. “It’s an escape, and I guess we can say music is that, too, so we as musicians have the responsibility to do that.”

The Where I’m Coming From In.Digg.Nation collective artiste is no stranger to social media. When she turns on Instagram live, wearing casual threads and a similar attitude, many tune in to watch her. It’s never just about Lila Ike’s acoustic performance of her music or doing sweet renditions of older reggae hits – that’s a plus. It’s the interaction that keeps persons coming back. She, like many other entertainers, has hosted question-and-answer (Q&A) sessions.

Lila Ike told The Gleaner, “Going online, on a live stream and interacting with the people, my fans, has always been something I personally enjoy because it really gives you the opportunity to connect with the people who are listening to your music.”

In addition to the engaging an audience, it is time to practise and get constructive criticism, she said.

“Now more than ever, when we have little to no alternative, taking advantage of these platforms and services like being live, sharing music, playing instruments, or whatever it is you choose to do, it is pretty good,” she said.

Upright bass player and singer Jamila Falak said that live streaming has allowed persons to pay more attention to the needs of one another and for entertainers to see the world of opportunities it has to offer.

“The first thing is live streaming is a way to give back to fans. A lot of times, we, the entertainers, do not log on, and the time we have, we can use it. I don’t see it personally as a financial gain, but feeding people positive energy and sending love. Because we are social distancing, we have been brought closer through this means,” Falak expressed.

“It is definitely an investment because everyone has eyes on them, zooming into what’s happening through the means of smart technology, the phones, the tablets, and the works, so it is a great time for marketing, and live streaming is a beautiful way,” Falak continued

The LA AAA ADY vocalist says she values the time she has been given to reflect and to share those reflections with persons.

Even before COVID-19, she added, “Live streaming was the microscope of the digital age as to where it stands and where it is going. Just in case it gets worse, I am preparing myself, still putting in the work as the world keeps spinning.”

She noted that her knowledge of the possibilities to earn from live streaming was not extensive but she was not averse to creating an income through available platforms. She even mentioned tuning into entertainers hosting live-streaming tours.

“We are all in the same boat, so yes, it is a possibility to show support even though everybody is feeling the crisis. How I think doesn’t mean that is how everyone else should. Whichever way it works for you, then fine,” she said. “Persons have their own perceptions, and if we take a closer look at them, in this time, it is becoming necessary to find another way to make it work, and we as a people know fi tun we hand and mek fashion. On that note, though, it all comes down to what our value system is. For me, where it stands is I’m not making money, but I am still alive.”