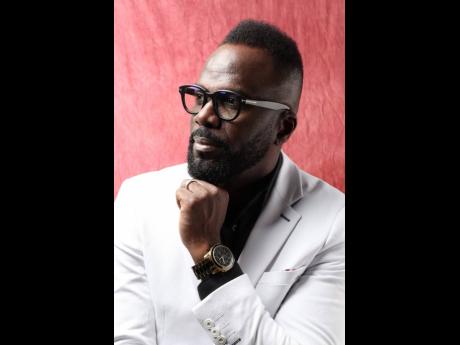 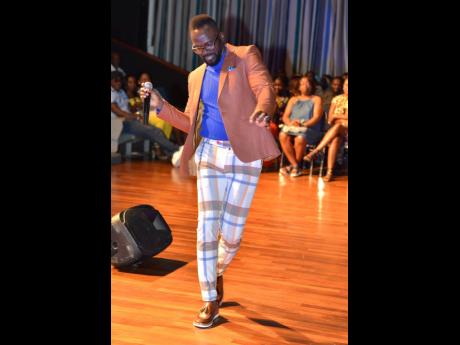 File
Ian Ellis better known as ‘Ity’, is prominent players in the Jamaican comedy industry. His new comedy show Ghetto Misfits was held at the Courtleigh Hotel Auditorium on Sunday June 15 as part of a Fathers day Tribute and was a big Hit.
1
2

Ian ‘Ity’ Ellis is a name that, when mentioned, has the ability to immediately put a smile on anyone’s face. After all, as a professional comedian, he has been evoking laughter for more than two decades. But Ellis, a Christian, an astute businessman, a brother and a father, is much more than meets the eye. He describes himself as passionate, prolific and prayerful. But those adjectives do not adequately sum up the man he is and gives only but a small glimpse into why he is so loved and respected in Jamaica. In this week’s edition of 5 Questions With ... we delve a little bit deeper into the life of a man that has contributed so much to the development of comedy in Jamaica.

When did you realise you had a knack for making people laugh, and how did you end up translating that into an actual profession?

From as early as my high-school years at St George’s College, I discovered I was not only interested in performing, but would stir excitement as I entertain fellow students with what I thought was remarkable deejay and singing skills. At every lunch break, or during a teacher’s absence, the boys would start beating the desks rhythmically and I did not fail to oblige them with impromptu amusement. On the urging of my classmates, I accepted an invitation to perform at Alpha Academys High School for Girls annual barbecue in my final high-school year. Fortunately, I wasn’t booed off stage, but I would later learn as I, along with Fancy Cat, deejayed as opening acts for my brother Blakka Ellis, that people found humour and hilarity in my animated singing, deejaying and dancing antics. It was those early years, performing for the then Komedy Klub promoter, Claudette “Miss Likkle” Pious, that formed my introduction to professional stand-up comedy more than two decades ago. Appearances in several television ads later, particularly Courts Jamaica, leading to numerous requests to entertain at office parties, school barbecues, and other corporate functions signalled the arrival of a comedic career as a performing artiste.

How do you balance ‘Ity the comedian’ and Ian Ellis, the person you are away from the stage, and what’s the most striking difference between the two?

A colleague once remarked that I appear to possess the ‘Jekyll and Hyde’ personality split, one being friendly and cheerful and the other mysteriously violent, but that’s far from the truth. I believe because of my ever-present roles as a serious operator of a comedic entertainment company with accounting training and background, juxtaposed with my active career in stand-up comedy, people find it difficult reconciling the two. I’m in office by day (around a desk, strategising, managing finance, planning the next live event or television series), while at night I’m on stage (these days online) somewhere entertaining laughter lovers. However, it’s not very difficult to balance the two, because whether I’m behind the camera as executive producer or in front as actor-comedian, the genre is still the same – comedy. The striking difference between both is, when I hit the stage as ‘Ity’, my focus in only comedy, while off stage, my passion is divided between God, family and entrepreneurial pursuits (in that order).

Was there ever a time when you thought you would do something else? Pursue another profession?

I worked as an accountant for 14 years with entertainment mogul Chris Blackwell’s Island Group of Companies, particularly Strawberry Hill and Island Jamaica. As for ‘pursuing another profession’, not exactly. But I’m definitely expanding my public persona, creating new platforms, stepping not away from comedy, but into motivational speeches and preaching sermons.

What’s one thing people would be shocked to learn about you?

That my most recent public appearance was Sunday, July 5, 2020; taking my comedy to the pulpit while seriously preaching the undiluted word of God at the Greater Portmore Tabernacle Church, headed by the Rev Lynval Earl Lewis (a childhood friend who I played minor league football with at Boys’ Town).

For young people looking on, wanting to get into comedy, what would be your advice to them?

Be original. Study the accomplished comedians (local and international). Identify and learn the different styles while developing your own. Last but not least, learn the difference between performing for a live audience and to an unseen audience via a social media platform.