His decision to continue pursuing entertainment changed his life forever 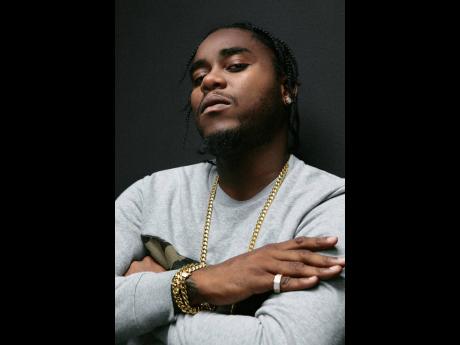 File
Ainsley ‘NotNice’ Morris’ passion and musical talent are clear, so much so that he has contributed to the rise of several dancehall stars.

It’s impossible to strike up a conversation with Ainsley ‘NotNice’ Morris and not immediately recognise his passion for music. The experienced producer’s love for his craft is so undeniably strong, one is easily swept up in his musical love affair...

It’s impossible to strike up a conversation with Ainsley ‘NotNice’ Morris and not immediately recognise his passion for music. The experienced producer’s love for his craft is so undeniably strong, one is easily swept up in his musical love affair. In an interview with The Sunday Gleaner, he recounted how he went from being the go-to ‘desk beatmaker’ at St Catherine High to one of the top producers for the infamous Portmore Empire. Today, Morris is a Billboard-charting producer and one of dancehall’s most powerful forces. A self-taught creative, he said his successes resulted from sheer hard work and natural God-given talent.

“How did you know you had it in you to build beats?” was the question posed by The Sunday Gleaner. “I don’t have a clue,” NotNice responded with a laugh. “[Dem] used to call me out from my class fi beat di desk while yute deejay. Mi used to tell teacher say me a go bathroom and go beat desk. Is like mi recognise from dem time deh say me have this natural thing about me fi make beats,” he shared. “It just a thing weh come natural. It’s not like me can say somebody show mi. Mi just decide say a dis mi wah do and mi dweet.”

Throughout his career, NotNice has contributed to the rise of artistes such as Shawn Storm, Black Ryno, Popcaan and Jah Vinci. He also contributed significantly to Vybz Kartel’s ascension to dancehall’s top spot, scoring a string of number-one singles for the incarcerated star, including Last Man Standing, Cake Soap, Mama, and Get Wild. Putting this track record into the spotlight, the producer highlighted his ability to turn any artiste into a certified hitmaker, likening himself to King Midas, adding that he has the ‘golden touch’ in dancehall.

According to NotNice, he has a special ‘ear’ for music, a quality that has over the years allowed him to stay a cut above the rest. This is especially important, he said, in today’s musical landscape where anyone with a mic and a computer can create beats. It’s that unique ear that not only keeps him churning out hits, but allows him to help artistes reinvent themselves in music. NotNice, who recently signed Jah Vinci to his label, NotNice Records, is single-handedly responsible for the singer’s resurgence. Through the masterfully crafted EP, I Am the World Singer, NotNice handed Jah Vinci his latest hit, Virgin. The track, which was released back in December, is racing towards the 10 million views mark on YouTube, and is the most viewed track in Jah Vinci’s career. “

There was always a chemistry between myself and Jah Vinci. My first number one song was Watch Yuh Friends, so Jah Vinci gave me my first number one, which was also his first number one. Most a my riddims from Gaza days, Jah Vinci song dem always up there. We just kinda grew apart after a while, he left Gaza, den me left, and everybody a do dem own thing,” he said.

The two reconnected and put pen to paper to formalise the musical partnership. “We link up again, and me a say hear wah, weh yuh think ‘bout us putting this thing on paper and start do some work and him a say, ‘No problem’. When mi sign Jah Vinci, the first song weh him do was Celebration wid Quada and from me start work wid him, yuh see the difference and hear the difference inna him song dem. Is just production,” said NotNice.

Dubbing Jah Vinci “a very talented artiste”, NotNice indicated that as a producer, it is one’s duty to hear the artiste’s talent and work in ways that enhance it. He said the latter is something only a handful of producers on the local music scene today are willing to do. “Some a di time production do a whole heap for an artiste, and sometimes there aren’t a lot of producer weh willing fi spend the time and even hear an artiste and know wah a go work. If me have a riddim and me feel like it nuh fit Jah Vinci, mi nah voice Jah Vinci pan it,” he explained.

The approach, he said, is why he continues to make hits. “A next man ago send a riddim and anything di artiste send back dem just mix and cut out. Mi nuh go bout my production like that, and that’s why mi can continue creating hits. From the first night me hear Jah Vinci sing four line a di song ( Virgin) mi tell him come link me right away because mi know the song ago hit,” noted NotNice.

But even as prolific as he is, NotNice revealed that he came under immense pressure to get his career off the ground, so much so that that he almost threw in the towel early on in his career. He told The Sunday Gleaner that he was seeking out other career options just before his partnership with Vybz Kartel. “One time mi give up pan music and say mi ago join the army. Mi mother a pressure mi and mi just get up one morning and say mi ago do the test. When mi deh a di bus stop, one yute see me and ask weh mi a go and mi tell him say a di soldier test me ago do and him call Deva Bratt, and a tell him say me ago join the army,” he recalled.

The artistes congregated to dissuade him. “Shawn Storm get call, and everybody come out a di bus stop and say, ‘Weh yah do, yuh can’t go join di army’. Dem ask mi who ago voice dem when me go join the army and dem a beg mi please, give it one more year and if the break nuh happen inna di year, mi can go join the army.” Time then wrote the most significant chapter in Morris’ life as within that 12-month retrial period, he met Vybz Kartel and began his journey as music’s ‘golden boy’.

In addition to Jah Vinci, NotNice is currently working with dancehall artiste JaFrass and fast-rising singer Nordia Mothersille. He says he will be sticking to his musical blueprint as he sees to their musical ascension. “Mi start out wid artistes weh people nuh know bout. Mi never start out working with established artistes. Mi never have no access to no big artistes, so mi did affi create my big artistes. That’s just my way, and mi nah go stop doing that any time soon. If every producer run down the big artiste dem, who ago help the young talent get to that level?” asked NotNice.