Pope’s message to the world 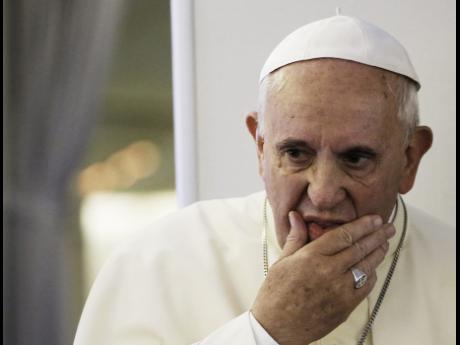 Picasa
Martin Henry: The Pope is sharply critical of the reductionism of modern thought, particularly of science and of the fragmentation of knowledge.
1
2

The Pope has written to the world about the environment, which is in deep trouble, much of it caused by human action.

The Bishop of Rome is the only head of state who believes he can send with authority a letter to the whole world. His latest encyclical concerns Our Care for Our Common Home. The title comes from a song of St Francis. More usually, encyclicals are meant for the bishops over whom the Roman pontiff presides and for their congregations.

In the face of a global crisis of ecology, economics and human well-being and survival, Pope Francis is pleading for "an economic ecology" in defence of the "common good". Doomsday predictions can no longer be met with irony or disdain. We may well be leaving to coming generations debris, desolation and filth," the encyclical warns. "Our contemporary lifestyle, unsustainable as it is, can only precipitate catastrophes such as those which even now periodically occur in different areas of the world."

The Hebrew prophet Isaiah announced that "the earth will grow old like a garment", and elsewhere solemnly proclaims that "the earth mourns and fades away, the world languishes and fades away". The prophet explains why, and the Pope agrees: "The earth is also defiled under its inhabitants, because they have transgressed the laws, changed the ordinance, broken the everlasting covenant."

The encyclical extensively documents the human devastation of the Earth and the growing consequences. "The earth herself, burdened and laid waste, is among the most abandoned and maltreated of our poor; she 'groans in travail'." (Romans 8:22)

Roots of the problems

The encyclical repeatedly emphasises the ethical and spiritual roots of environmental problems, suggesting a certain kind of leadership for solution. Lamenting the weakness and fragmentedness of international responses to the global crisis of ecology and economics, the encyclical says, "The urgent challenge to protect our common home includes a concern to bring the whole human family together to seek a sustainable and integral development," suggesting a certain kind of central authority. "Never have we so hurt and mistreated our common home as we have in the last 200 years [and] it is remarkable how weak international political responses have been."

"We lack," the encyclical laments, "leadership capable of striking out on new paths and meeting the needs of the present with concern for all and without prejudice towards coming generations. The existing world order proves powerless to assume its responsibilities."

The first of six chapters of the world encyclical details "what is happening to our common home": pollution and climate change, the issue of water, loss of biodiversity, decline in the quality of human life and the breakdown of society, and global inequality. Chapter Three expounds upon 'The Human Roots of the Ecological Crisis' through the unbridled power of technology and market-driven consumerism.

As the Conference of Dominican Bishops put it, as cited in the letter, "Peace, justice and the preservation of creation are three absolutely interconnected themes which cannot be separated and treated individually without once again falling into reductionism." And since everything is interrelated, the encyclical argues, "Concern for the protection of nature is also incompatible with the justification for abortion."

The Pope is sharply critical of the reductionism of modern thought, particularly of science and of the fragmentation of knowledge. "Everything is related", and "given the complexity of the ecological crisis and its multiple causes, we need to realise that the solutions will not emerge from just one way of interpreting and transforming reality. Respect must be shown for the various cultural riches of different peoples, their art and poetry, their interior life and spirituality.

"If we are truly concerned to develop an ecology capable of remedying the damage we have done, no branch of the sciences and no form of wisdom can be left out, and that includes religion and the language particular to it." The analysis of environmental problems cannot be separated from the analysis of human, family, work-related and urban contexts, nor from how individuals relate to themselves ... to others and to the environment, the encyclical makes clear.

"We can see the signs that things are now reaching a breaking point, due to the rapid pace of change and degradation; these are evident in large-scale natural disasters as well as social and even financial crises, for the world's problems cannot be analysed or explained in isolation."

While some believe that several critical tipping points have already been reached and the stages for disasters of various kinds have been set, the encyclical is hopeful that "there is always a way out ... we can always redirect our steps ... we can always do something to solve our problems."

In an exegesis on 'The Gospel of Creation', the Pope emphasises that the "laws found in the Bible dwell on relationships, not only among individuals, but also with other living things". This includes the Sabbath law. Rest on the seventh day is meant not only for human beings, but also so "that your ox and your donkey may have rest".

The biblical tradition shows clearly, the letter explains, that renewal "entails recovering and respecting the rhythms inscribed in nature by the hand of the Creator. We see this, for example, in the law of the Sabbath. On the seventh day God rested from all His work. He commanded Israel to set aside each seventh day as a day of rest, a Sabbath." And "even now we are journeying towards the Sabbath of eternity."

But later on, in an inexplicable theological twist, the encyclical makes the Creation Sabbath for humankind the "Jewish Sabbath".

The encyclical stresses the great importance of the family which, in the face of the 'culture of death', is the "heart of the culture of life", the place in which life, the gift of God, can be properly welcomed and protected. But it does this without, I think, any proper assessment of the poor state of the family across the world today and the new grand experimentation of redefining marriage and family to incorporate structures incapable of producing life.

In the final chapter, 'Ecological Education and Spirituality', the Pope calls for "ecological conversion" and a covenant between humanity and the environment. The chapter calls for a return to sobriety and humility, to peace with the self and restfulness and thankfulness, to civic and political love, and to other virtues. But how to achieve this is left hazy in the letter.

The encyclical closes out with a tour de force of elements of Roman Catholic theology, which will lose many of the peoples of the world which the letter intends to reach and will raise the theological hackles of others. It lauds the sacraments, including the Catholic interpretation of the Eucharist, Sunday as the Christian Sabbath, Mary as the Queen of all creation, and Joseph as appointed custodian of the universal Church.

On one thing the peoples of the world can easily agree: Our common home is facing considerable distress in its environmental, economic and social ecology. We should agree to live with greater responsibility for our common home.