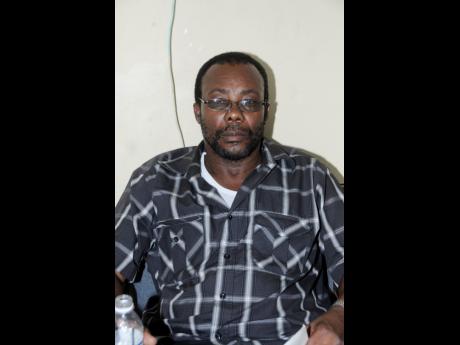 Contributed
Smith ... Anduialy is the second son to have died under tragic circumstances

Amid the grief that has become almost familiar, 58-year-old Nathaniel Smith paused at his home in Albion, Manchester, on Sunday, demanding to know how the police could have failed to confiscate a weapon from his son after a reported shooting at a bar in St Ann earlier that day.

"If it was my son's gun (that) went off (and) shoot somebody, don't you are supposed to take the gun from him, as another police?" Smith questioned, insisting that there must be "a full investigation".

He is demanding answers from the police commissioner, Dr Carl Williams, and his Central Manchester MP, Peter Bunting, who is also the national security minister.

Smith said he was told that after the first shooting, other police personnel who were at the bar picked up Walsh and placed him in a police pick-up.

He said he learned that his son attempted to sit in the vehicle, but was reportedly barred by his police colleagues, and so instead jumped into the back of the pickup.

"On the way now, there was another explosion," Smith said, and that is when his son reportedly killed himself.

The incident came just when Smith, an auto parts dealer, was contemplating where to find the next dollar to buy medication for his wife who has been battling the autoimmune disease, lupus.

"I am a broke man," Smith told The Gleaner Online, adding that the medical bills for his wife, 52-year-old Marvia, have taken a toll on his finances.

The businessman said it has been the most emotionally exhaustive period for him with his wife's condition complicated by diabetes.

"It is not an easy thing, because, let me tell you, his (Anduialy's) mother is sick," Smith lamented.

To compound the agony, Smith said there have been embarrassing accounts of the circumstances that led to the death of his son - a Manchester High School past student and graduate of Northern Caribbean University in Mandeville.

In 2003, an older son who had just enlisted to the Jamaica Defence Force died in a car crash around five kilometres from their home in Manchester.

Anduialy Smith, popularly called 'Bottle', was a member of the St Ann police football team and also played on the Manchester High football team while he was a student.

The Police High Command and the Independent Commission of Investigations (INDECOM) have launched separate probes into the incident.

Smith said he has been briefed by the acting St Ann police commander, Superintendent Steve Brown, and investigators from INDECOM.