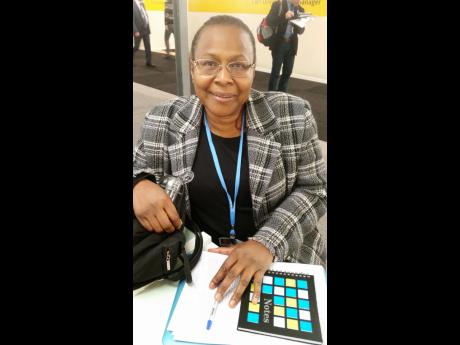 Caribbean voices must be heard "very clearly and often enough" if the region is to succeed in securing its interests at the ongoing climate talks in Paris.

This is the word from head of the CARICOM Task Force on climate change, Dr James Fletcher.

"The thing with the COP (Conference of the Parties to the United Nations Framework Convention on Climate Change) is that it is not one very eloquent statement that gets it done, but very many statements that get it done," he told journalists from the Caribbean yesterday.

"So repetition is important. Caribbean countries, Pacific countries ... need to ensure that they continue pressing home what matters most to them, that they also continue working with their allies and seeing how they can develop some level of support from their allies. And there are very clear allies on certain issues," he added.

After a week at the talks, there have been no significant developments with the draft text that the conference began with, certainly as it relates to some of the issues being championed by the region.

They include loss and damage associated with climate change - the news on which is that the United States would like to have ruled out 'compensation and liabilities', which, up to now at least, was the understanding of what constitutes loss and damage.

There is also the Caribbean's call for a 1.5?C target at which to hold global temperature increases. While there is support for the 1.5? target from more than 100 countries to date, there remains a question mark on how - if agreed - that target can be met.

"The scientists say that 1.5 is a threshold, so it is a real call. The question of how to attain it, that is another question - one with political, economic, scientific, and technological dimensions which are dense and complex," economist Dr Mariama Williams, senior fellow with the South Centre and head of delegation for that organisation at the talks, told The Gleaner.

There is, too, nothing settled on adaptation or financing.

But while the road may be rocky, Fletcher said the Caribbean has prepared well.

"We are happy that we have done a very good job in preparing ourselves. There have been many preparatory meetings through the CARICOM Secretariat and, with the assistance of the 5Cs (Caribbean Community Climate Change Centre), we have been circulating positions. So everybody should know very clearly now where our positions and our redlines lie. Let's hope for the best this week," he said.

The process, Fletcher noted, is helped by a system put in by COP 21 President Laurent Fabius.

"There is still a significant amount of work to be done, but we are now into a different mode of operation. The COP president has set up negotiating groups so there are co-chairs on different subjects - ambition, differentiation, means of implementation, and also on adaptation," he said.

These co-chairs - and I happen to be one of the co-chairs with the minister from Norway looking at ambition - our job now is to meet with the various groups, find out what their positions are, find out what their negotiating positions are [and] where are they willing to compromise, because the intention is that we will have a draft text ready by Wednesday ... for its review with the intention of adopting a text on Friday evening," he added.