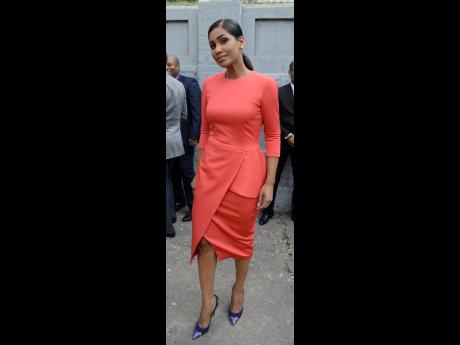 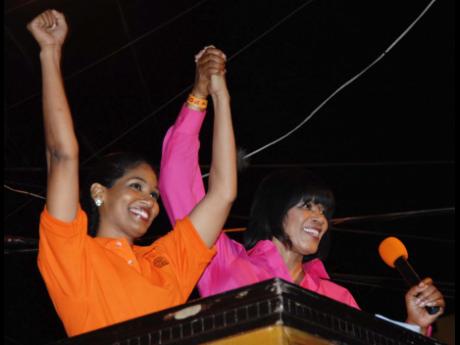 While determined to push her campaign for the urgent renewal of the People's National Party (PNP), Lisa Hanna is adamant that there is no need for bloodshed to make the changes.

"Renewal does not mean wholesale bloodshed. It is a process of change and it has to start," Hanna told The Sunday Gleaner.

"It does not mean that you must lick way everybody and lick way the standards. No, it means looking at what you have that works, and keeping the things that work and the courage to change the things that don't ...," added Hanna.

The St Ann South East member of parliament is offering to be part of the change and has already indicated that she will be challenging for one of the four vice-president slots when the party holds its next annual conference in September.

"My decision to run for a vice-president post is solely for wanting to see changes to several systems in the PNP. One such (change) is for delegates of groups to have ownership of the party. It is not enough to have a meeting for meeting's sake.

"If we are to be honest with ourselves ... the days of being a loyalist to the PNP because your mother and grandmother were PNP and you were born a Comrade are no longer there. And that is perhaps eroding faster than anything else," said Hanna.

The former beauty queen is well aware that with three of the four sitting vice-presidents - Dr Fenton Ferguson, Noel Arscott and Angela Brown Burke - expected to be nominated again this year, and Dr Wykeham McNeill also in the race, getting a seat at the PNP's leadership table will not be easy.

But according to Hanna, she is not afraid of taking internal political fire as she seeks to become a vice-president.

The quiet dynamo is adamant that the process of renewal of the PNP must be faced head-on. She said she is not willing to take "the path of least resistance" or be a political coward.

"Norman Manley in 1939 said, 'I am not afraid of making enemies'," quoted Hanna, as she declared that she is similarly unafraid.

"Who I am afraid of making enemies with are the people who should be our friends. I am thick-skinned and not afraid of walking through the fire for a cause. I am not going to shy away.

"What happens to people like me, because of the way I look and dress, and my name, people don't realise the crucible that I have been in as part of the PNP. It is a constant crucible," added Hanna,

The three-term MP has served notice that she will not be continuing as the chair of the PNP's Region One, and argued that this reflects her commitment to the transformation and renewal that the party needs.

"I have been region chair for the last eight years, and even if I was not going to challenge for a vice-president post I would not be seeking re-election this year, because I think it's time to pass the baton to other people with talent," said Hanna.

She argued that she could not be calling for renewal in the PNP while being unwilling to demonstrate it at the regional level.

"There are persons in the party who need to hone their political skills, bring fresh regenerative thinking to the region, and we have talent in the region, and I stand ready to support anybody ...," said Hanna.

No stranger to controversy, Hanna said the fire through which she is prepared to walk this time around could not be uglier than the public custody battle she endured with her ex-husband, former Jamaica Labour Party Senator David Panton.

"What could be worse than that?" said Hanna, who has also sparked controversy by moving a resolution calling for the removal of Paul Burke as the party's general secretary in the aftermath of the recent election defeat.

She charged that "political cowardice" has prevented many Comrades from supporting her publicly on this call but argued that there has been private support.

"I have always been nonconformist and I am somebody who doesn't look at the status quo and say, let us have a reasonable approach to continue on the same trajectory if something is not working.