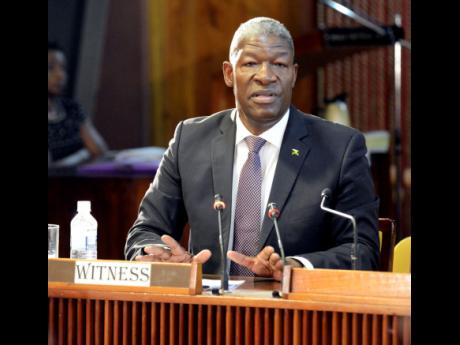 Former head of the Jamaica Constabulary Force (JCF), Owen Ellington, has rejected criticism by the commission of enquiry into the May 2010 security-force operation in west Kingston that his leadership of the force during the operations was weak.

The now-retired senior cop also charged that it was disheartening that a commission of enquiry had attempted to tarnish the good image and professional reputation of career police officers.

Ellington said the members of the JCF bravely placed their lives in grave danger to confront armed criminals.

He made the observation in his response to the adverse findings made against him and other members of the JCF by the West Kingston Commission of Enquiry. The response was contained in the report.

In its report that was tabled in Parliament, last week, the three-member commission listed Assistant Commissioners Donovan Graham and Winchroy Budhoo among several high-ranking police officers who, it said, should never be allowed to lead or participate in future internal-security operations.

The commission said Ellington was not included on that list because he was no longer a serving member of the JCF.

At the same time, former head of the Jamaica Defence Force (JDF), Major General Stewart Saunders, has acknowledged that it could appear discourteous and surprising that he did not inform retired Police Commissioner Owen Ellington of the planned use of mortars during the operations.

The admission by Saunders came in his response to the adverse findings made against him by the Sir David Simmons-led commission.

UNDER NO DUTY TO DISCLOSE

The commission described it as astonishing that Ellington was never informed of the planned use of explosives during the operations that were aimed at capturing drug lord Christopher 'Dudus' Coke.

However, in his response, which was also included in the report, the retired army chief defended his decision, saying he was under no duty to make the disclosure to the then police commissioner.

Saunders, who is now permanent secretary in the Ministry of National Security, argued that the decision on whether to make a disclosure about a sensitive aspect of an operation was not guided by courtesy, friendship or good relations, but on a need-to-know basis.

In a letter to The Gleaner, former JCF and JDF head, retired Rear Admiral Hardley Lewin, disagreed with the commissioners that the use of mortars in the operation was reckless and disproportionate.

"If the commissioners had described the use of the mortars as employed in the Tivoli operation as risky, I think they would have been on firmer ground," he said.