Cyber-defamation should be a criminal offence, says senior cop 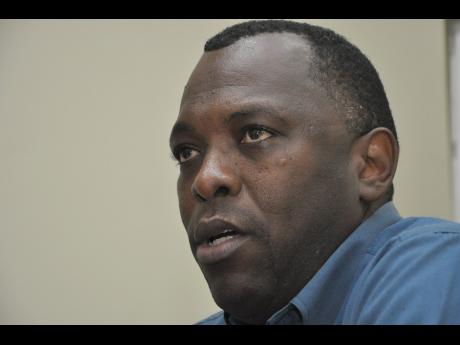 Cyber-defamation is defined by law-enforcement personnel as the posting of derogatory or demeaning texts or images of individuals on the Internet.

Inspector Warren Williams, head of the Jamaica Constabulary Force's Communication Forensic and Cybercrime Unit, revealed yesterday that there has been "a rapid increase" in cyber-defamation locally.

"It is way up. It's not a criminal offence - it's still civil - but we are imploring prosecutors and the Ministry of Justice to look at this," Williams said, with Justice Minister Delroy Chuck listening.

"Because here it is that people can access anything you post on social media, and, of course, they put you up on some site somewhere in cyberspace and say something derogatory or that's not nice about you and defame your character," added Williams, who was addressing the Fourth North American and Regional Conference of the International Association of Prosecutors, being held in Montego Bay, St James.

Chuck later told The Gleaner that he asked the police and the Office of the Director of Public Prosecutions for more details on the proposal to amend the Cybercrimes Act and promised to discuss it with Cabinet.

"I have asked for the information to be presented so that we can examine it and see how we can move forward," Chuck said.

"Even if I make a recommendation to criminalise it, obviously, Parliament will have to make the final decision," the justice minister insisted.

But already, at least one prominent attorney has reservations about making cyber-defamation a criminal offence.

Queen's Counsel Georgia Gibson-Henlin acknowledged that defamation is taking place on social media but argued that making it a criminal offence was not the correct approach to take.

"... because there is already a robust framework for dealing with defamation under the new Defamation Act of 2013. So you would deal with it as a civil matter in the same way that we now deal with defamation cases," Gibson-Henlin told The Gleaner yesterday.

She noted also that legislators recently amended the laws to remove criminal libel and suggested that criminalising cyber-defamation could be seen as "going a step backward".

"If we have removed criminal libel, then why are we going to criminalise defamation?" the attorney questioned.

"Sometimes when I hear ideas about placing all of these things in the Cybercrimes Act I think we are somewhat panicking because there is already legislation," she insisted.

However, for Chuck, it is not as straightforward as some persons view it.

"There are pros and cons as to how it should be dealt with," he reasoned.