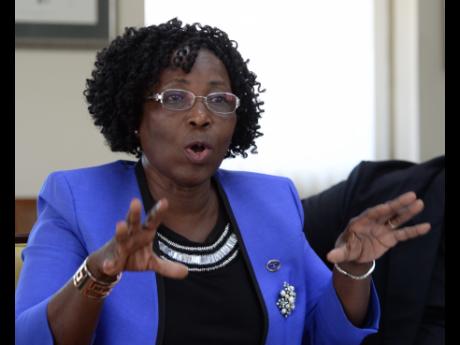 Duhaney Park, Mountain View Avenue, August Town - these Kingston communities have one thing in common. They are former conflict hot spots that have been touched by the Peace Management Initiative (PMI).

Having laboured in these tough neighbourhoods, the PMI is confidently celebrating its successful interventions, Fourth Floor learnt during recent discussions about violence and its accompanying grief and pain.

The PMI is a community-based approach to conflict resolution. An initiative of the Ministry of National Security, the PMI has been working at the grassroots level to reduce violence and bring peace to fractured communities since 2002. Today, the PMI also works in St Catherine, Clarendon, St James and Hanover.

When the PMI enters a community in conflict, it goes in with a cadre of experts, such as social workers, violence interrupters, psychiatrists, psychologist, nurses, ministers of religion, and data analysts. Its work is also supported by a dedicated band of volunteers from within communities, as well as international agencies.

Berthlyn Plummer, a PMI member, has seen grief upfront and close. Many of these faces are forever etched in her mind. She has heard their stories of heartbreak over and over.

"I relive this one many times," she told Fourth Floor participants. It happened one Saturday morning when four persons were killed in Mountain View.

"When we were doing the debriefing with her, she said how she was under the bed and when she lifted her mother's arm, it fell back and the black blood was just oozing out. She saw the killer's shoes with the white jeans on. She didn't see the face, but the person stood by the bedside."

Scarred by the memory of brutality, eventually this young girl resorted to seeking comfort in hard drugs and she is now dead - another life shattered by community violence.

Resources to fight crime under utilised

The Peace Management Initiative (PMI) aims to provide a viable platform for managing conflicts and tries to break down barriers between conflicting groups to bring about cooperation so they can sort out their differences.

These include persons who have been burnt out of their homes and have to be relocated. It could also be family members left destitute after the breadwinner has been killed.

If the PMI is working so well, why does it look like crime and violence is spiralling out of control? This is a question Plummer is asked all the time.

"It's hard to say OK, we stopped two murders today. But we are out there on the ground and we know how many killings we have stopped."

Plummer speaks passionately about her work in the community, where liberal prescriptions of youth mentoring, trauma counselling and violence interruption are applied to soften the hard edges and prevent simmering tensions from boiling over.

It was the consensus of Fourth Floor participants that the PMI, and like organisations which are doing excellent work in communities, should be properly supported by the Government and community

He continued; "It's not that there is a lack of resources ... . Sometimes it is not adequately utilised. I know of programmes, initiatives in ministries that are supposed to address the crime problem, and the resources are not utilised. Sometimes, funds are sent back to the funding agencies and it's because we are not prepared to do different things and do things differently."

Hope lost! - Government urged to do more for youth in inner-city communities
Young thugs doing the killings! - Mobile gangsters teaming up across political and physical boundaries in the Corporate Area
''This is too much for me' - Crime-battered society sees many children, adults with post-traumatic stress disorder, personality disorders
Discarded! - 'Zinc Fence Lane' resident begs for help from police and business community
St James murder rate would be higher if not for us - PMI head