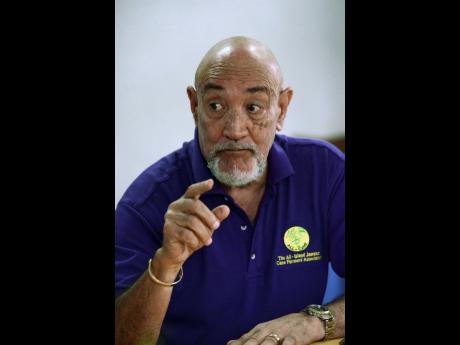 The cloud of uncertainty that has been hanging over cane farmers in Trelawny in the wake of the shutting down of operations at the Long Pond Sugar Estate is poised to be lifted, thanks to plans to establish an ambitious $100 million multifaceted facility to process and package farm produce for the tourism and retail sectors.

The initiative, which was announced at a press conference in Trelawny on Monday, will operate under the Trelawny Pride brand. It is expected to fill the economic void left by the shutting down of sugar production at the Clark's Town-based factory. It will require the 1,800 hectares of lands owned by Sugar Company of Jamaica (SCJ) Holding, which was leased to sugar stakeholders for the cultivation of sugar cane to produce juices, syrups, wet sugar, silage and mulch.

"We understand clearly, and I certainly have been very well informed on the process involving discussions with the ministry's agency (SCJ Holdings) and the owners of the factory at Long Pond," continued Rickards. "As we speak, there is no nexus between the two. The ministry has bent over backwards and we are no clearer in terms of the future operation of that factory."

Rickards revealed that the All-Island Jamaica Cane Farmers' Association would hold a 60 per cent stake in the operation, with the Trelawny and St James farmers controlling the remainder. However, he suggested that SCJ Holdings could have a redeemable 40 per cent preferential share in the initial stages to help fund the project.

"We have received very encouraging responses from the minister (of agriculture) and the ministry, along with SCJH," said an enthusiastic Rickards.

Rickards also noted that his membership has already identified lands where they will also be producing other farm products. The plan also includes the raising of cattle and sheep to provide prime beef and mutton for the hotel industry, which now has to rely heavily on the import market for these items.

It would appear that the plan to establish the $100 million multifaceted facility to open up new opportunities for cane farmers in Trelawny could create a problem for Everglades Farms Limited, the owners of the Long Pond Sugar Estate, as they, too, have ambitious plans, which would require that the lands remain for cane farming.

In a statement released Monday, Everglades Farms announced a US$38 million or J$4.9 billion deal with US-based Arrakis Development to transform the Long Pond Sugar Factory into a cogeneration facility, which would require lands owned by the Sugar Company of Jamaica Holdings and sugar cane being targeted by the cane farmers for their project.

Under this arrangement, Everglades would be dependent on the supply of the local cane farmers. They would need as much cane as possible to drive their cogeneration operations

In a previously released statement, Andrew Hussey, CEO of Everglades Farms, suggested that should the deal with Arrakis Development get the approval of both the Ministry of Industry, Commerce, Agriculture and Fisheries and the Ministry of Science, Technology and Energy, it would open the door to the creation of some 900 jobs during full operation.

However, Allan Rickards, who heads the Trelawny and St James Cane Farmers' Association and who was seemingly aware of the plans by Everglades Farms, told a press conference in Trelawny on Monday that he was waiting to see what would unfold.

"We understand that the owners of the present non-operational factory have been contemplating a project of their own. We waited to see if that project was going anywhere and our information is that that project will not be going anywhere, any time soon," said Rickards. "... but if it does, I wish to remind those concerned that this parish operated two factories at once - Long Pond and Hampden - and there is no reason why a small factory utilising the 50,000 tonnes of cane from our farmers cannot coexist. The point is that we can no longer wait."