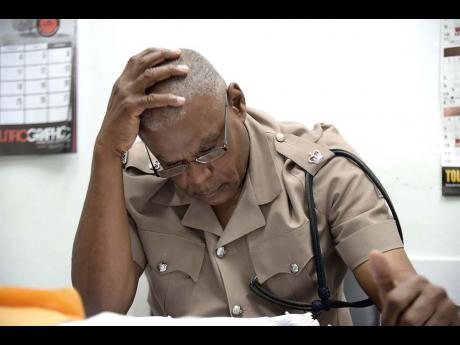 Jermaine Barnaby
Supt Arthur Brown: “We are infested with gangs in St Andrew South, and gangs members from time to time take advantage of situations where youngsters are not being parented in a particular way.” 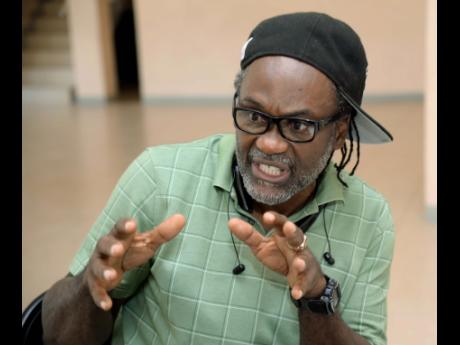 Jermaine Barnaby
Christopher Constantine: “If I was to sit here and say I haven’t heard that mothers pimping out their children to get money, I would be lying.” 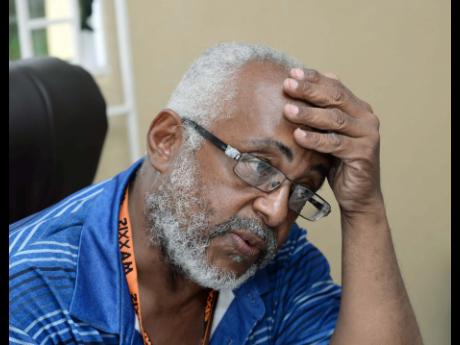 Jermaine Barnaby
Pastor Winston Jackson: “What happens is that some of the children – even by their own parents – are sold off to these perverts who just want to abuse them sexually.”
1
2
3

The Corporate Area community of Waterhouse has been red-flagged as a hotspot for child sexual abuse in Jamaica, and it appears that several mothers in the community have been making money by prostituting their daughters to adult men.

"If I was to sit here and say I haven't heard that mothers [are] pimping out their children to get money, I would be lying," president of the Waterhouse Community Development Benevolent Society, Christopher Constantine, told The Sunday Gleaner during a visit to the community last week.

According to Constantine, the problem is a long-standing one, with fear and poverty being the driving forces.

He pointed to one section of the community where he claimed that in the past, there was a systematic rape of women and girls, with gangsters using fear and intimidation.

"So even if it seemed like the women went to the men or sent their daughters, it is still rape because it was out of fear and intimidation," said Constantine, as he claimed that the police came in and stemmed the situation in 2014 after a young girl was raped, killed and thrown into a gully, causing uproar.

In the meantime, Pastor Winston Jackson, who heads the Penwood Church of Christ, thinks many of the children in the area are being robbed of their childhood as they have to be fending for themselves and their families from an early age.

"What happens is that some of the children - even by their own parents - are sold off to these perverts who just want to abuse them sexually," said Jackson.

"There are also those parents who have just abdicated their role and the street is parenting the children for the most part. So these little children learn sexual behaviour early because of what they see on the streets, as the parents are not taking control of them and their sexual habits," added Jackson.

A 60-year-old shopkeeper on White Lane in Waterhouse, who gave her name as 'Manda', described as heart-rending the number of instances that have come to her attention of children being sexually assaulted.

"Some things going on in the lane that I don't like - even fathers doing it to their daughters. It's like the norm," said Manda.

"You will just hear an underage girl a pass and a talk say three men 'sexed' her last night. There was this young girl whose mother wasn't sending her to school and men just came and used her, and when the police intervened, the mother told lies to cover it up, so it just dropped," added Manda.

The St Andrew South Police Division, in which Waterhouse falls, was identified as a potential hotspot for child sexual assault based on data compiled by the Jamaica Crime Observatory Integrated Crime and Violence Information System (JCO-ICVIS) between 2011 and 2015.

The JCO-ICVIS identified the Three Miles Developmental Area as having the highest frequency of child rape during the 2011-2015 period, with 60 reported victims. Waterhouse, Delacree Pen and Seaview Gardens were the communities within the Three Miles area which recorded the most child rapes across 2011-2015.

In 2011 and between 2013 and 2015, Waterhouse consistently had two to three child-rape victims per year. However, in 2012, 10 children were raped, with seven of them reportedly raped at home and the remainder on a major or minor road in the community.

Head of the St Andrew South Police, Superintendent Arthur Brown, said while the cops hear talk of children being sexually assaulted in the division, persons are not coming forward to make official reports and help bring the perpetrators to justice.

"We have been going at the gang members within our space with alacrity. However, we have heard the reports and we have gone in, but the residents have not come to us to say, 'My daughter was sent for by this gang member'," said Brown.

"We are infested with gangs in St Andrew South, and gang members from time to time take advantage of situations where youngsters are not being parented in a particular way."

Brown also pointed to bad parenting as being at the heart of the problems within the division.

"Parents allowing their kids to be on the streets at varying hours, that is one of our biggest concerns. We also have unplanned communities in the division, which lends itself to this kind of situation happening," added Brown.