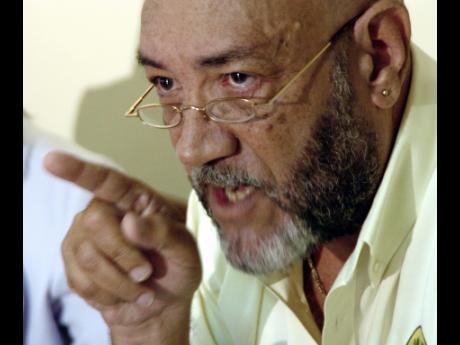 Allan Rickards, the chairman of the Trelawny and St James Cane Farmers', Association, has declined an invitation to have dialogue with Arrakis Development, the United States-based entity which has forged a deal with Everglades Farms Limited to develop a multibillion-dollar cogeneration facility to replace sugar production at Long Pond Estate in Trelawny.

Bryan J. Tamburro, managing partner of Arrakis, made a formal request for a meeting after the local farmers announced an ambitious $100-million multifaceted facility to process and package produce for the tourism and retail sectors.

This would utilise the more than 50,000 tonnes of cane they produce each crop year.

"We are intrigued to learn through the media that you are advocating a new path to secure payment for farmers' cane," said Tamburro, in a letter to Rickards.

"For the benefit of the farmers and the overall community in Trelawny parish and the surrounding parishes, I personally believe we need to be collaborating through open dialogue.

"Under our new and unified banner of AEP (Arrakis/Everglades Power Limited) we would like to sit with you and share the relevant plans that we have submitted to the GOJ (government of Jamaica). We strongly believe that the success of this project is dependent on the success of Trelawny parish, in particular the farmers. Hence your partnership within this process is critical," added Tamburro.

This came after Andrew Hussey, CEO of Everglades Farms, recently tried to convince Rickards by pointing out that their proposal to the government "included assistance programmes that will be directly available to the farmers".

But Rickards, who also chairs the All-Island Jamaica Cane Farmers' Association, has declined the invitation to meet. He argued that the cane farmers desire to chart a new course that will allow them to control their own destiny.

"Please understand that we don't intend to be at the mercy of you or anyone else in the future," Rickards said in his written response to Tamburro.

"We will no longer place ourselves in the position where decisions are made above and beyond us, the results of which directly affect the farmers and their communities," added Rickards, as he rejected the offer of assistance.

"We do not wish assistance from you. Our efforts to access same from you in the past have fallen on infertile ground ... now we know ... we can only look to ourselves," declared Rickards.

Rickards and cane farmers who once supplied Long Pond recently announced an initiative to establish an entity, under the Trelawny Pride brand, to fill the economic void created by Long Pond's decision not to participate in the 2016-17 crop year.

Should that initiative come off the ground, the cane produced by the farmers would not be available for the US$38 million Everglades/Arrakis project, which, based on the plan, would need all the cane grown in the area for it to be viable.