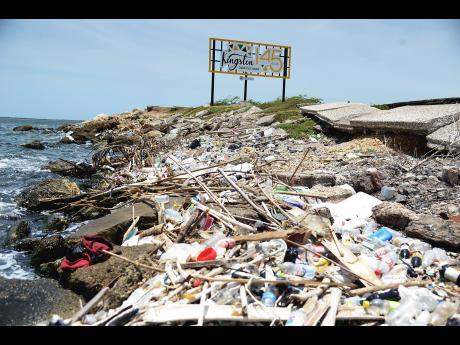 Ian Allen
Garbage washed up on the shore of the Kingston Harbour by the sign along the Michael Manley Boulevard in east Kingston, which welcomes everyone to the capital city. 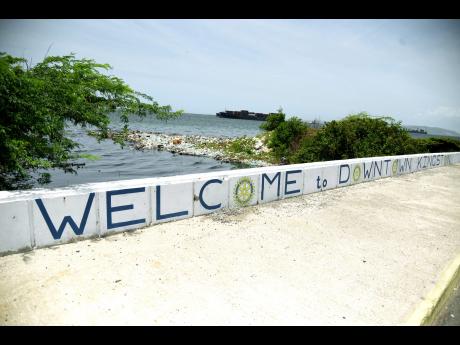 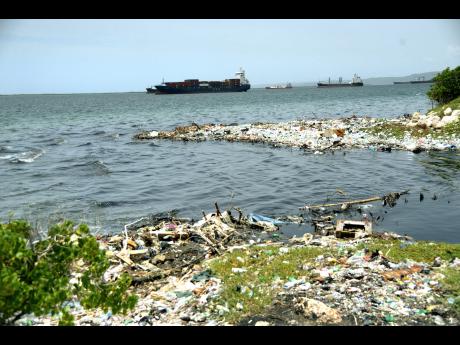 Ian Allen
Garbage, including plastics, litters the shore of the Kingston Harbour. 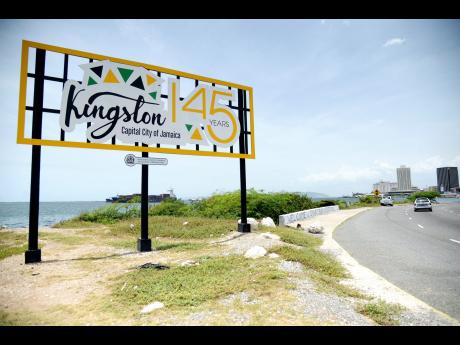 Ian Allen
The sign could have read capital city of garbage.
1
2
3
4

Dr Parris Lyew-Ayee, chairman of the multistakeholder working group on Public Feedback on Plastic Packaging Materials, is calling for greater engagement on this issue by the average Jamaican in order to properly inform the final report to be submitted to the Ministry of Economic Growth and Job Creation.

The deadline for written submissions on the motion calling for a ban on plastic bags below 50-gallon capacity, as well as Styrofoam containers, which are not biodegradable, is Friday, August 25. But Lyew-Ayee is not convinced that enough Jamaicans are up to speed on the issue.

He told The Gleaner that the response to date has been divided between environmentalists and industry players, who have mainly engaged in a blame game.

"The biggest split is who is to blame. Some people blame the businesses, the manufacturers for producing Styrofoam and plastics. The others blame the consumers, the people who don't dispose of them properly, and both of them are correct. So we are really trying to come to some Solomonic decision. But right now, the reality is that people don't dispose of things properly because them lazy, them nasty or there are just not enough bins, skips, and trucks to pick it up," he told The Gleaner.

"We've sent out some online surveys a couple months ago, so we've got feedback that way. But I feel that we should also get some written commentary from the general public as well so that we can get a more fleshed-out discussion because what happens is that in a survey, you just get some canned answers - A, B, C, - whereas the issue is more complex than that.

"So I'm trying to solicit both ways of feedback from the general public before we do a public session. We are going to do a couple town hall-type sessions to get feedback. But the feedback we've got from the survey has really been bifurcated into two main categories: the environmental group and the industry-type group.

'I want to hear from person from Mocho'

"It's really a difficult issue right now, which I'm hoping the public will actually flesh out," said Dr Parris Lyew-Ayee about getting feedback on the proposed ban on plastic bags. "I want to hear the person from Mocho tell me what their problem is, what their experience is like. You won't get that in a survey. I want to get feedback from people who were affected by the recent floods. I want to hear if people think biodegradability is the answer. I just thought it would be more prudent to get information from the general public in a much more fulsome manner than just a survey."

Getting people to appreciate the need for them to do dispose of all garbage in the appropriate manner during their everyday activities is critical, according to Lyew-Ayee. He wants Jamaicans to move beyond merely acknowledging the abundance of improperly packaged, stored, and disposed solid waste, which continues to create eyesores and public health risk.

He went on to cite the need for empirical data to properly inform the debate.