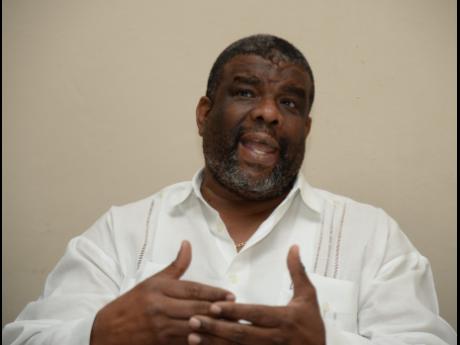 The Kingston Public Hospital (KPH) is making a desperate plea for relatives of deceased persons abandoned at the facility to collect the bodies.

"There is a list that's going to be published in The Sunday Gleaner of persons who die who we can't find the relatives. Not only is the hospital's morgue full, but we had to pay contractors to keep the bodies and pay additional storage for these persons," said chief executive officer of KPH, Errol Greene.

He noted that the hospital is spending millions of dollars to pay the private funeral homes. Last year, KPH paid out $3.6 million to these private entities and $2.2 million up to the end of June this year.

Now, Greene said, the hospital will be trying its best to get relatives to come for the bodies.

"We have buried unclaimed dead in the past after following all the procedures and after a long time of trying to find relatives. What we have found is that, in some instances, some relatives do not know that their loved ones are in hospital much more that they have died.

"So I have instructed my staff ... let us go the extra mile, because we run the risk of a year, 18 months, or even five years from now, you find a relative who comes back from foreign and say I need to know where my relative was buried," said Greene.

"So advertising now is to make sure that we go the extra mile to notify everyone," added Greene.

He told our news team that hospital administrators have found that many relatives have been deceptive when registering patients.

"The problem is compounded by relatives who turn out to be ghosts. When we need to find these persons, no one knows anyone with that name at the addresses given, and sometimes the address itself does not exist," said Greene.

The KPH head noted that the hospital has used the services of the police to track down relatives in the past, but this has also been unsuccessful.

According to Greene, in some instances, relatives of the deceased have tried to pit the hospital against other relatives, dishing out instructions as to who should get death certificates, especially in matters where insurance policies are concerned.

"That is not our role. We simply want relatives to claim their dead, while at the same time doing the right thing to protect ourselves legally," said Greene.

In an advertisement published today, KPH said it is trying to find relatives of Shawn Spencer, 42, of 7 Oxford Road, Kingston 5, who died on July 27; Noel Green, 71, of 5 Valley View Road, Stony Hill, who died July 24; and Simon Malcolm, 23, of 37 Beechwood Avenue, Kingston 5.

The address the hospital was given for Spencer is a commercial property in New Kingston while the Beechwood Avenue address given for Malcolm has not housed any residential buildings for years.

In the meantime, KPH continues to struggle with overcrowding, with persons abandoned at the hospital making matters worse.

When our news team visited the downtown Kingston-based hospital last Wednesday, it was housing 495 patients despite having a capacity of 475.

Director of Nursing Services at the hospital, Joan Walker Nicholson, pointed to the almost empty waiting area and the small number of persons in the triage area as she noted that this was a good day.

However, Walker Nicholson underscored that the situation could change dramatically in minutes.

"Things change very quickly here," said Walker Nicholson, as she added that the empty waiting areas can be very deceptive.