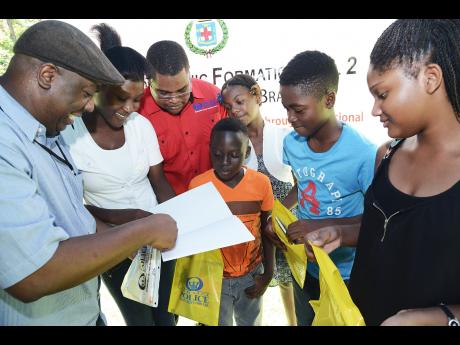 As police personnel serving in the Jamaica Constabulary Force (JCF) continue their years-long, unsuccessful battle with the Government over long working hours, those hours have been taking a toll on the families of the cops.

Superintendent Courtney Faulknor, assistant chaplain, Non-Geographic Formations No. 2, admits that the chaplaincy has recognised the impact that the long work hours have been having on families of police personnel.

"As the chaplaincy, we not only deal with policemen and women on the front line. We also deal with their children as well because sometimes they are left out of the picture. [But] they, too, are affected by events their parents are having to deal with at work, including the absenteeism, primarily because of long hours," the chaplain said.

According to Faulknor, long and irregular working hours, coupled with the strain of the job, may at times keep some JCF members out in the field for 12, and in certain cases, upward of 16 hours per day. He said that it puts a strain on their family life.

"Work in the police context means, for the most part, Jamaica first. We are wrestling with a high crime rate, and, therefore, the higher the crime rate, the higher the demand placed on policing, which oftentimes means less face-to-face interaction for them and their family members, including children," the chaplain said. He said that it was something the public needed be mindful of.

Faulknor described as serious when a policeman has to leave home at various hours to face a tough day then returns home late at night and has to find the mental strength to interface with and enjoy his family.

"By the time he or she gets home, there isn't that energy or emotional strength to engage the myriad issues with the children. That is the reality police have to deal with, and we see this every day," he said.

Chaplaincy plays role in well-being of cops on the job

The chaplaincy, according to the Rev Courtney Faulknor, plays a vital role in the mental, physical, spiritual, and emotional well-being of police officers, as well as their family members.

"We do not only offer our services to those on the front lines of the operations because what affects police personnel at home also affects their state of mind on the job and vice versa. We take it seriously that a good, healthy mind is important in carrying out the job," Faulknor said.

"We may not be able to do this every day, all day, but we are doing what we can to assist. That is what this motivational clinic is about. Not only to give some back-to-school supplies, but offer counselling and encouragement to the children. That is what it amounts to," he said.