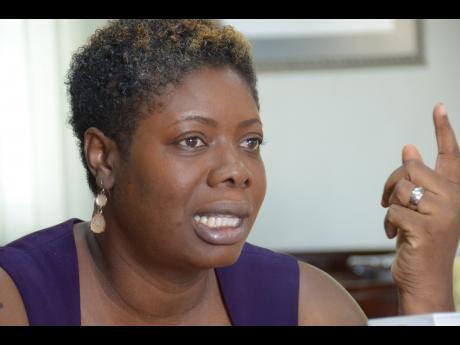 Gender specialist and university lecturer Nadeen Spence has welcomed plans for a special court to be established to deal with sex-related cases.

"The truth is, what we have in Jamaica is serious. It is really serious, and there are a lot of women who won't report [sexual abuse] because the court system is so hostile to them, and those who are involved in court cases are not very sensitive to the particular trauma," Spence told The Sunday Gleaner.

"There seems to be a lack of culpability. We don't really find that people are held responsible because there is this feeling that it is a crime that is not really punished by law, and there are a lot of women who don't report," added Spence.

She said the society needs to be more intolerable of perpetrators of sexual violence, but unfortunately, the community often spends more time blaming the victim instead.

While 12-year-old Alexia Parker* was not blamed for the rape she suffered earlier this year, she is hurt by the fact that members of her community turned on her mother, who they blamed for the attack on her daughter.

"When I was there, they normally would like argue with my mother. Sometimes they would purposely do it and as soon as they argue with my mother, that's the first thing that they would bring up, and my mother's reply to them would be, 'Don't worry, it's not the end of life for me and my daughter. At least she can still trod the road, and I will be right there beside her all the way'," said Alexia.

According to data from the Jamaica Constabulary Force, there were 429 reported rape cases in Jamaica between January 1 and December 16, 2017. Police statistics also reveal that 511 girls under 16 experienced sexual violations between January 2016 and February 2017.