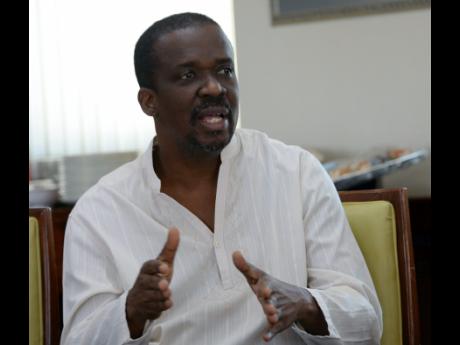 Outgoing president of the Jamaica Baptist Union (JBU), the Reverend Dr Devon Dick, has again decried the high levels of lawlessness and social disorder in the island.

According to Dick, there is rank incivility among Jamaicans that includes rudeness and crudeness, coarseness and hooliganism.

"Public discourse, social-media communication, religious debate, name-calling, indiscipline in sharing of public facilities, use of the roads are often done with incivility. Incivility manifests itself in ignoring and isolating a fellow human; teasing and tormenting someone and vilifying and victimising a sister or brother," said Dick.

He was delivering his final address to the opening ceremony of the JBU's 168th General Assembly, which opened last Wednesday at the Boulevard Baptist Church.

With the sub-theme 'Living in Partnership,' Dick argued that Jamaica needs more mutual respect, and outlined four pillars on which he stated any solid partnership must be built.

Dick listed practising humility, maintaining civility, valuing dignity, and embracing community as the four basic pillars, and argued that they are integral to the building of a wholesome community that could realise Jamaica's Vision 2030 objective to become "the place of choice to live, work, raise families and do business".

According Dick, maintaining civility is not a matter of convenience, preference, calculated in terms of self-interest, but something due to everyone without exception - a value necessary for the creating of a kinder and gentler society.

He argued that civility cannot be maintained without humility, and that it was civility that would ensure that Jamaicans value the inherent God-given dignity that every person, irrespective of who he is and what he has done, possess.

"It is a sin to deprive a human of the necessities conducive to living a life of viable dignity," and "it is wicked to label, stereotype, classify and categorise people in order to demean a human person of God's creation."

He pointed to several factors which undermine community building, including greed, oppression, exploitation, imposed disadvantages, and the strategic impoverishment of people.

"For a community to be strong, sustainable and effective it must be a community of equals," he stated, as he joined Howard Mitchell, president of the Private Sector Organisation of Jamaica (PSOJ), in charging that local political parties perpetuate a hierarchical system that replicates the plantation system.

But Dick argued that in its early years the PSOJ had condoned such practices.