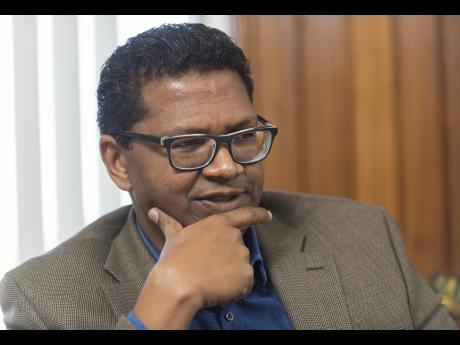 According to Pandohie, his decision was prompted by a perceived conflict of interest, given the impasse between the Government and the Coconut Industry Board (CIB) over ownership of the 31.65 per cent of shares it has in the manufacturing entity.

The 163,420,345 shares make the CIB the second-largest shareholder in the Seprod Group after the Mussons Group, which holds a 40 per cent stake.

"I have resigned. I sent the letter to the minister a week ago," Pandohie told The Sunday Gleaner, following his public disclosure to the annual general meeting of the CIB at the Jamaica Conference Centre, downtown Kingston, yesterday.

"Even if it (the conflict of interest) is not real, it is perceived, and I think there is an opportunity now to put somebody there who will not have any noise around them."

He applauded the concept of having one umbrella agriculture board with a mandate to drive the growth of the industry after years of decline.

But Pandohie charged that JACRA, as is now laid out, is flawed.

"It is far from being operational, and in fact, if left in its current form, that would be a deterrent to the farmers and the farming community. The idea of separating the commercial functions from the regulatory has merit, but JACRA is going to need to take on a lot more than that.

"The concept is sound, but it needs a lot of work to get it operational, and from a regulatory aspect, I hope they find somebody really good who has some time and experience in regulations. But regulation is not my forte. If you ask me to grow 'suppen' or add value to 'suppen' that's okay, but I'm not a regulatory guy," said Pandohie.