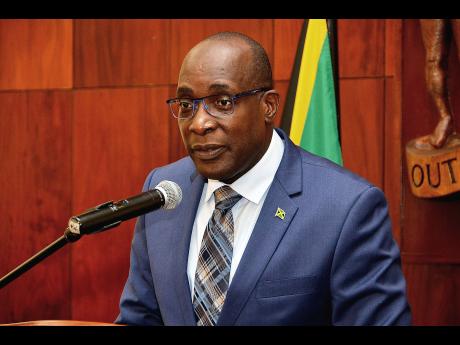 Education Minister Ruel Reid is set to intervene in the case of a 13-year-old boy who has been blocked from classes at the Little London High School since November for allegedly using expletives in the presence of a teacher.

Following a report in The Sunday Gleaner yesterday, Reid said he has asked Chief Education Officer Dr Grace McLean to investigate the case at the Westmoreland-based school and submit a report to him as soon as possible.

"School administrators are aware of the disciplinary procedures, and we will be vigilant to ensure conformity," said Reid.

Under the regulations, students who have been suspended from school for a maximum of 10 days without notification of any subsequent action or decision taken by the authorities during that period cannot be further punished for the same offence.

During this initial 10 days, the student must be informed of any further action taken, such as expulsion. Only the board of directors of a school has the power to expel a student.

But last week, Venessa Todd told The Sunday Gleaner that her son has been denied entry to classes since mid-November, when he was sent home with a letter that a parent would have to accompany him to a meeting before he would be allowed to return to classes.

Todd alleged that since then, she has been trying, without success, to get the school to give her formal notification on the fate of the child.

With classes set to resume on January 7, Todd yesterday welcomed the planned intervention of the education minister as she wants clarity of the fate of her son.

In a terse conversation with The Sunday Gleaner last week, the school's principal, Garfield James, denied that he had expelled the child but provided no information as to why the 13-year-old was being denied entry to classes.