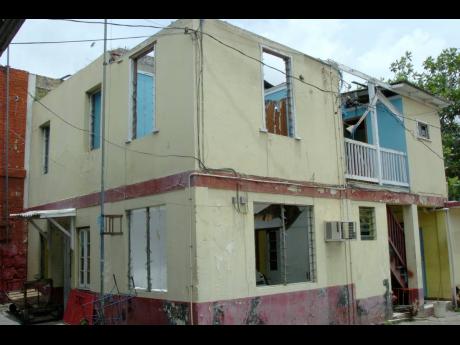 Thirteen years after the former structure was demolished, the city of Montego Bay will finally receive a new fire station with ground to be broken tomorrow for the construction of a modern multimillion-dollar facility.

The original fire brigade building was 50 years old when it was closed and subsequently demolished in 2006 after it was deemed to be structurally unsound. It was also considered to be badly sited at the corner of Barnett and Harbour streets, which was prone to traffic congestion. However, with efforts to find a new location coming to naught, the old site will once again serve as the home of the parish’s fire services.

Local Government Minister Desmond McKenzie last June said that the design for the station had been completed and had met the satisfaction of the international agency providing the funding for the project. However, his 2018 timeline for the start of construction was not met.

In a release yesterday, the Jamaica Social Investment Fund (JSIF) said it will be undertaking the World Bank-funded project under its disaster vulnerability reduction programme.

According to the release, the $534-million facility will provide Montego Bay with a structurally sound fire station to serve its approximately 100,000 residents and the one million tourists who visit the city annually.

Since the demolition of the fire station in 2006, firefighters in Montego Bay have been using woefully inadequate facilities at a temporary location at the Montego Freeport, which once had a major rat infestation problem.

In the June 2012 monthly meeting of the St James Municipal Corporation, Vincent Allen, the then assistant superintendent of the St James Fire Brigade, complained of being under a “rat attack” at the Freeport location, which was making life difficult for the firefighters.

“The rodents are also gnawing away at the firefighters’ kits, including helmets, jackets, and boots,” Allen had said.