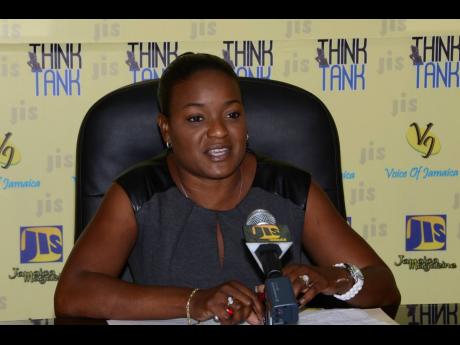 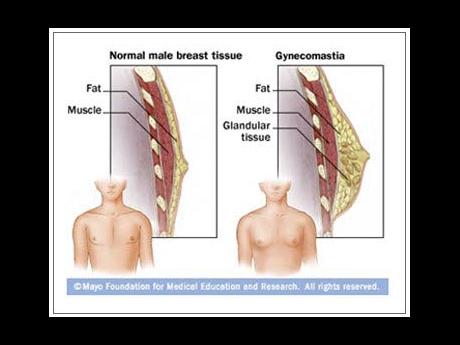 Angela Bernard’s 11-year-old son, Joseph*, has had surgery for gynaecomastia, and it is something she recommends to parents who are having a similar issue with their boys.

Gynaecomastia is a condition that causes unusually enlarged breasts in men and boys. Several Jamaican males are now doing breast-reduction surgery to correct the problem.

“He was an obese child, and as he got older, he got pressured and was often teased by his peers. As a result, he didn’t want to do anything as it related to physical education at school,” Bernard shared with The Sunday Gleaner.

“I tried to lose weight, and he said he was going to join me. He started losing the weight rapidly. He was drinking shakes and started to cycle, and they worked quickly, but his breasts started to hang, and that got worse for him.”

The mom said that after consulting a doctor, a decision was made to have her son have surgery to remove the excess skin. It has been three weeks since the procedure, and Joseph is happy with the results.

“He said to me that to be honest, if him don’t get nothing more in life from me, he doesn’t want nothing more because having those removed was one of the greatest feelings in life because clothing that he wanted to wear he was not able to wear it unless he wore a band around his chest. So to be honest, I’m well satisfied, and he’s excited,” said Bernard.

The single mother said she was fortunate to be placed on a payment plan by the doctor to have the surgery done.

“I would encourage parents to do this because it helps the kid’s self-esteem, and sometimes when they have these things, they carry it into high school and are further bullied, so it’s good, and I would really encourage those who can afford it to do so,” said Bernard.

Sean Thomas* said he has been suffering with gynaecomastia for the last two years. At 32 years old, he wears compression shirts to hide his condition. He is now considering surgery.

“It affects you psychologically, and persons who do not know the facts may judge you wrongfully, especially if they are not educated or knowledgeable about various challenges such as it being idiopathic,” said Thomas, noting that he has been to more than one physician about the problem and was told to do numerous tests.

“I did liver function test, breast ultrasound, abdominal, follicle-stimulating hormone, letunising hormone, and testosterone. No adverse results. I was asked about my drinking and smoking habits, which were limited. One doctor said I should try exercise, but that never worked. There was no real issue or diagnosis, so I guess I got the best advice available. It’s nothing debilitating, medical-wise, but problematic socially and mentally,” said Thomas.

He said that having enlarged breasts doesn’t pose a problem for him as it relates to relationships, but he wants to have the problem corrected so that he can go to the beach and be comfortable in his own body.

“The major issue now is that a surgery like that is costly and not really covered by insurance since they say it’s cosmetic,” said Thomas.

Is the surgery really necessary or is there an underlying problem? asks Dr Patrece Charles

Chief executive officer of the Phoenix Counselling Centre Dr Patrece Charles, who is also a mother, said she is not against teenage boys or even men doing gynaecomastia surgery but noted that it must be done for the right reasons as persons can find themselves in a situation where they keep looking for things on their body to fix using surgery.

“It’s very important for individuals to take a look at what is the root of the problem because then you end up with a problem where it’s never enough. Is it that you have more breast tissue than the average teenage boy that’s causing this insecurity, or is it something else? That’s what I would urge parents to figure out – is there something more to it? Is this going to make you happy, and why aren’t you happy on your? Why do you need this to make you happy?” Charles reasoned.

She argued that while each person’s case is different, there is a thin line to navigate when it comes to these issues, but the child and the parent must understand the risks involved.

“I would not be against it if it was a case where he, my son, understood what the risks were, I understood what the risks were. If at the end of the day it is something that he still wanted to do, I would have to hear from him why. If his response is ‘I’m never going to look good if I don’t do it, I’m never going to feel good about myself if I don’t do it’, then that’s an alarm to me,” Charles noted.