Show me the money, honey! 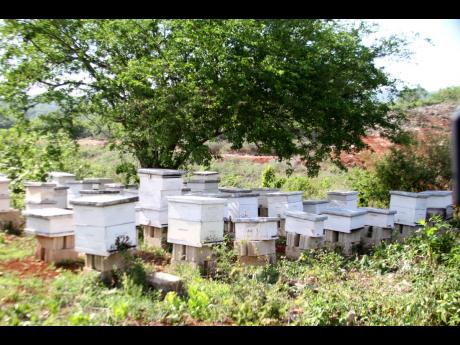 Nathaniel Stewart/Photographer
Several boxes of hives that are part of the Harmons Valley project. 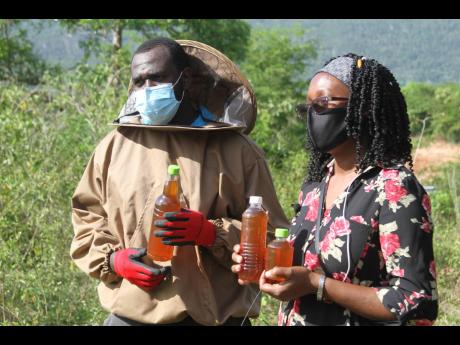 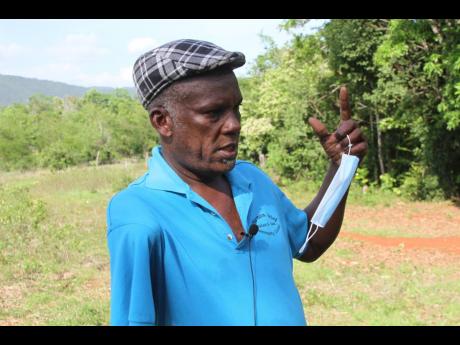 Nathaniel Stewart/Photographer
Alton Gregory discusses the different types of hives in use at Harmons Valley in Manchester, 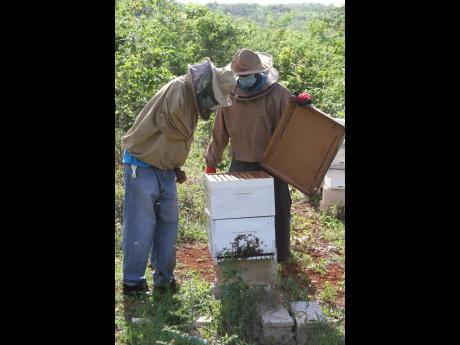 The project, which began two years ago, is being funded by bauxite company Jamalco and the Jamaica Bauxite Institute, and has already seen an allocation of approximately $2 million, with plans for continued partnership.

President of the HVCCBS, Cherry Ross, says that more than 50 acres of land were donated to the council by the company for agriculture and beekeeping.

“The land will be used for beekeeping and also the planting of a variety of fruit trees. The fruit trees, some of which are already planted, will not only serve as food for the bees but also help to supply a juice factory we hope to establish in the future,” Ross told The Gleaner.

Community relations officer at Jamalco, Jermaine Saunders, said that the initiative is in line with the company’s objective to encourage optimal utilisation of reclaimed lands.

Saunders said subsequent grants would be given for the expansion of the project and the training of interested individuals.

The coordinator of the beekeeping project, Alton Gregory, said the council now has 30 boxes, with plans to expand to 100 boxes in the medium to long term.

About five persons are actively involved and remunerated for their services.

“This is a very lucrative venture and the aim is to continue to fund the projects of the council and help persons earn to benefit their families,” Gregory told The Gleaner.

“… Not only is beekeeping lucrative, but you can earn significantly from the spin-offs. As it stands, the wax which we can get from the comb is approximately $3,500 per pound at farm gate value. There is a market for pollen and, with people becoming so health conscious, we do not produce enough honey to meet our local demand, much less the export market.”

From a single box, Gregory said, honey can fetch revenue of more than $40,000.

Marketing manager of the Harmons Valley benevolent society, LeoGarth Morrison, said that the council was in the early stages of positioning its product for export.