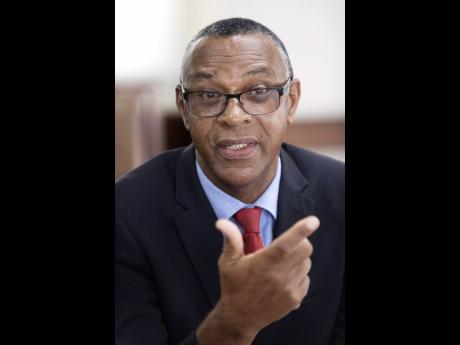 Online voting for the 2021-2022 president-elect of the Jamaica Teachers’ Association (JTA) resumed at midnight on Monday following a suspension because of a duplication snafu.

The portals were closed after the platform hosted by Mona Information Technology Services at The University of the West Indies (UWI) was alerted to the duplication of votes shortly after the process started at noon on Sunday.

Secretary general of JTA, Byron Farquharson, told a meeting of senior administrative officers on Monday that the issue was internal and had nothing to do with The UWI’s online platform.

All checks that should have been completed by the JTA were not done, Jasford Gabriel, president of the JTA, disclosed.

“We do allow our members to submit more than one email and so all the necessary verifications were not carried out before the final list was sent to UWI. Hence the duplicates,” he told The Gleaner on Monday in a telephone interview.

Though the system has the capacity to flag duplications, the secretary general said that the JTA opted to reverify the list.

All members who voted on Sunday have been asked to recast their ballots. The previous votes have been discarded.

“We have a list now that we are pretty sure would be able to represent the wishes of the voters in a clear and transparent manner,” he said.

Face-to-face voting in schools, which was scheduled for Wednesday, has been pushed back to Thursday and Friday.

Four of the five candidates have expressed confidence in the association’s ability to oversee a free and fair election.

However, Anthony Kennedy, a teacher at Kings Primary and Infant School in Westmoreland, and Leighton Johnson, principal of Muschett High School in Trelawny, expressed concern about voter apathy.

“A lot of teachers were not motivated to vote before and having worked so hard and have gotten some teachers motivated, I will have to go and put out double effort now to ensure that the motivation is still there for them to go again and vote online,” Kennedy said.

“These persons perhaps now would be a little apprehensive at this point,” said Johnson, adding that he hopes teachers will continue to vote.

The election results will be announced next week.